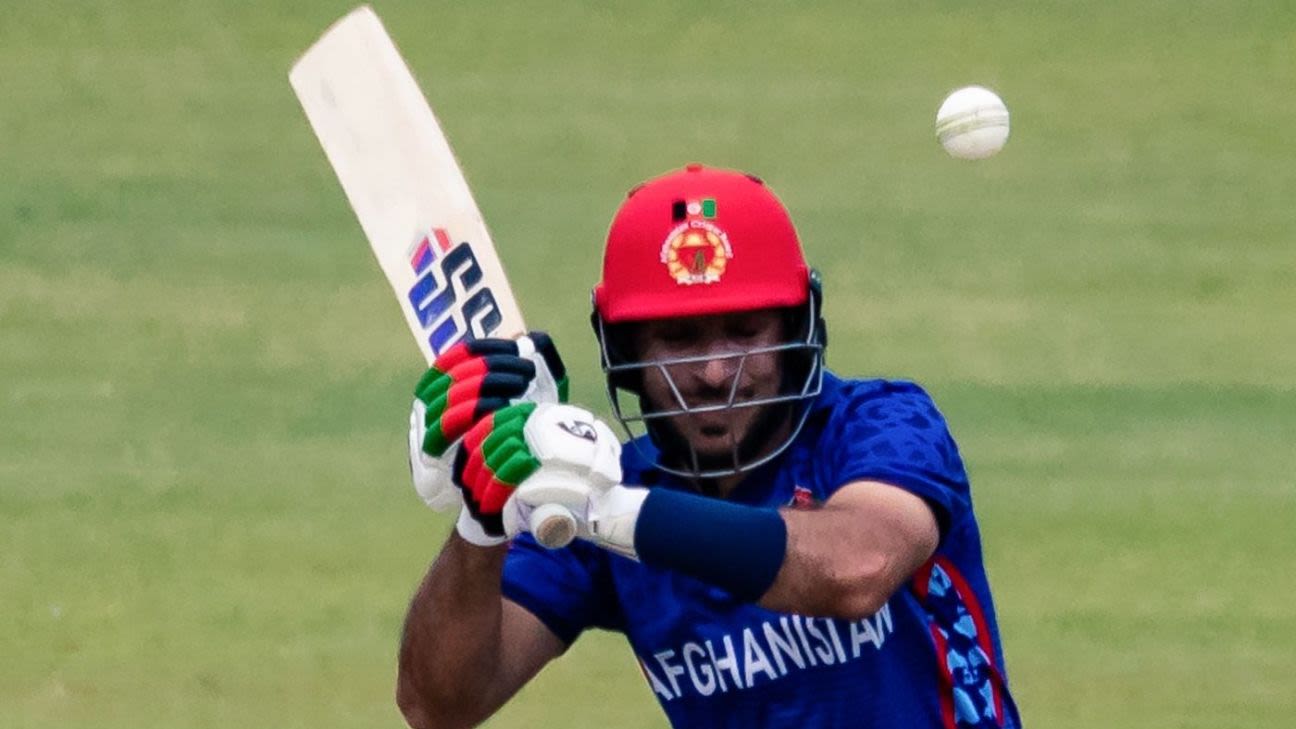 Four senior players made defining contributions as Afghanistan began the ODI leg of their Zimbabwe tour with a 60-run victory in Harare.

Sent in, Afghanistan overcame a poor start to post a solid 276, with Rahmat Shah and Hashmatullah Shahidi putting on 181 to lay the platform and Rashid Khan adding the finishing touches with an unbeaten 39 off 17 balls.
Zimbabwe made a reasonable start to their chase, with the debutant opener Innocent Kaia and captain Craig Ervine putting on 61 to steering them to 66 for 1 in the 15th over. Afghanistan’s spinners, however, dictated terms thereafter, as Rashid and Mohammad Nabi led a relentless middle-overs strangle. From the start of the 17th over to the end of the 40th, Zimbabwe scored just 93 runs at a rate of 3.8 per over, while losing four wickets – all to the offspin of Nabi. Their required rate ballooned from 6.09 to 11.10 in this period, and though Sikandar Raza (67 off 78) extended Zimbabwe’s fight, their chances of victory had all but vanished. Zimbabwe were eventually bowled out off the last ball of their innings.
That Afghanistan would end the match as comfortable winners was hardly a given when they limped to 38 for 2. Blessing Muzarabani and Tendai Chatara made tidy starts with the new ball, with the former dismissing Ibrahim Zadran in the seventh over, before the debutant Tanaka Civanga came on as first change in the 11th over and struck with his fifth ball, having Rahmanullah Gurbaz caught at second slip.
But Rahmat and Shahidi wrested the momentum away from the home team with the highest partnership by an Afghanistan pair against Zimbabwe, and the fourth-highest in Afghanistan’s ODI history. They didn’t force the pace too much early on, with the innings run rate still below four an over by the end of the 38th – by which time Wesley Madhevere had given Rahmat a life, dropping him off Ryan Burl’s legspin when he was batting on 42.

Then came a burst of scoring, as Rahmat and Shahidi clattered 69 runs in 6.2 overs before Muzarabani broke the partnership in the 45th over, having Rahmat caught behind six short of what would have been his sixth ODI hundred.

Then, in his next over, Muzarabani denied Shahidi what would have been his maiden ODI hundred, getting him to top-edge a slog to third man when he was on 88. When Nabi fell two balls later, Afghanistan may have feared that their end-overs charge was deflating.

But they would have their flourish at the finish, as Rashid dominated an unbroken sixth-wicket stand of 42 off 21 balls, smashing four sixes and two fours in an unbeaten 17-ball 39, while Najibullah Zadran at the other end only got to face four balls.