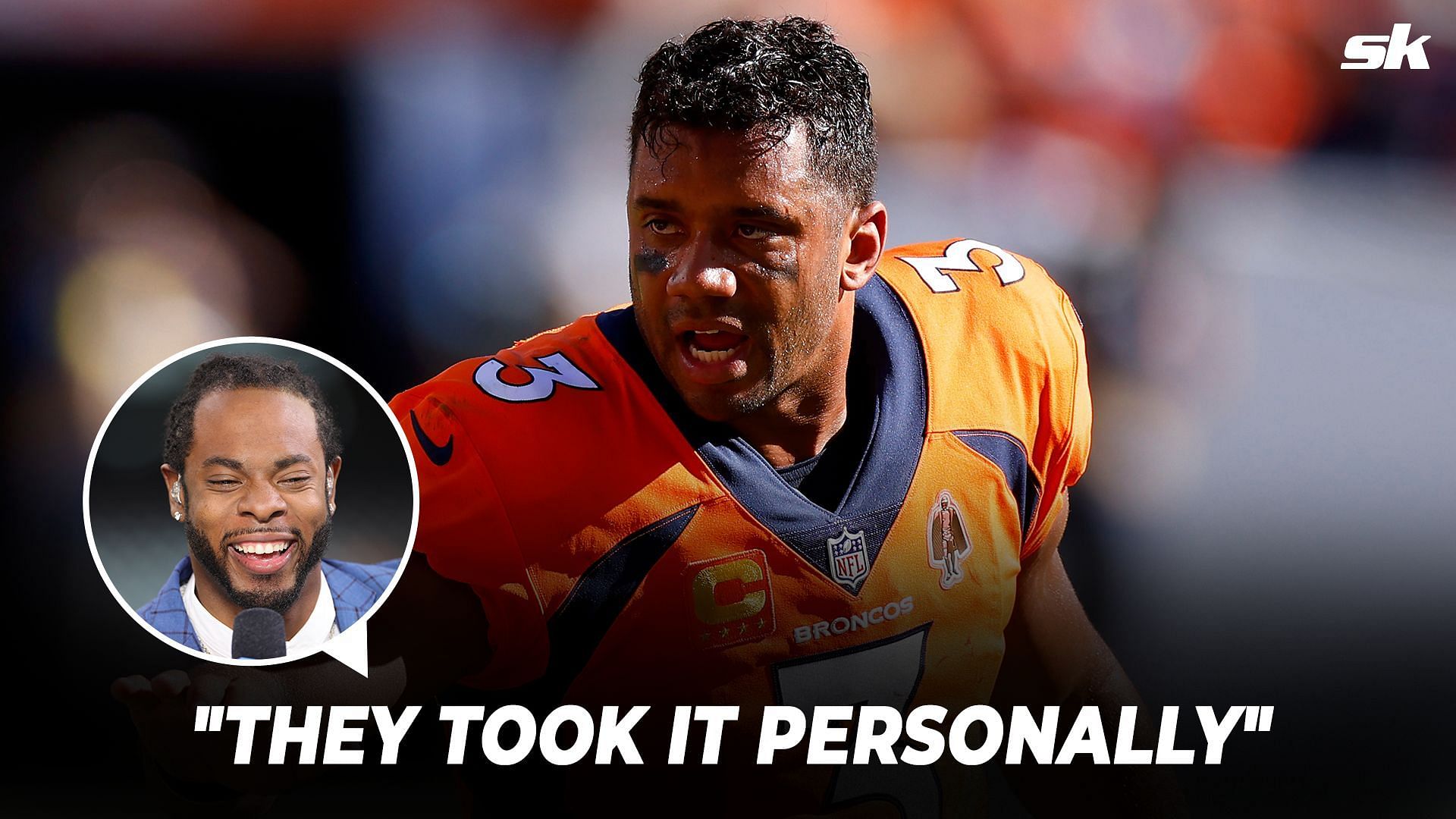 Former Seattle Seahawks star Richard Sherman believes that the 12th man were right to boo Russell Wilson after the quarterback gave a less-than-glowing view of the team and city.

Wilson swapped Seattle for Denver in the offseason in what was a blockbuster move – a move that wasn’t well received by Seahawks fans. Speaking on his podcast, The Richard Sherman Podcast, the former player said that the fans were well within their rights to boo their former quarterback.

“It was tough because there was a few times Russell said some things in interviews where he’s like, ‘I just wanted to go to a city that wanted to win,’ “

“That’s part of the reason why they booed him. It wasn’t just the breakup.”

The reception that Wilson got upon his return to the team that drafted him and where he won a Super Bowl was less than ideal as a chorus of boos rang out across the entire stadium.

Literally the best QB in franchise history, won a Super Bowl and he got traded. It’s not like he signed with another team. C’mon.

How can Seattle fans boo Russell Wilson?Literally the best QB in franchise history, won a Super Bowl and he got traded. It’s not like he signed with another team. C’mon. https://t.co/OqN2ZUyzx2

Wilson off to a tough start in Denver

The 33-year-old threw for 340 yards and a touchdown, but it was a rather disjointed display. Then came Week 2 against the Texans. Many were expecting a bounce-back game from Denver, but again, it wasn’t the best showing.

While the Broncos did secure a 16-9 win, their new quarterback was not at it. He completed just 14 of his 31 passes for 219 yards along with a touchdown and an interception.

This has led many to wonder whether Denver made a mistake in getting the 33-year-old to Mile High. It’s only been two games, so there shouldn’t be too much angst to make a change. With a new head coach, a new system and new teammates, it will take time to get things going.

But one thing is for sure, Seattle Seahawks fans seem unlikely to forgive the 33-year-old anytime soon.

Nonetheless, as Denver is set to host the San Francisco 49ers in Week 3, the signal-caller will be hoping for an improved and more consistent performance moving forward.

If you use any of the above quotes, please credit The Richard Sherman Podcast and H/T Sportskeeda.