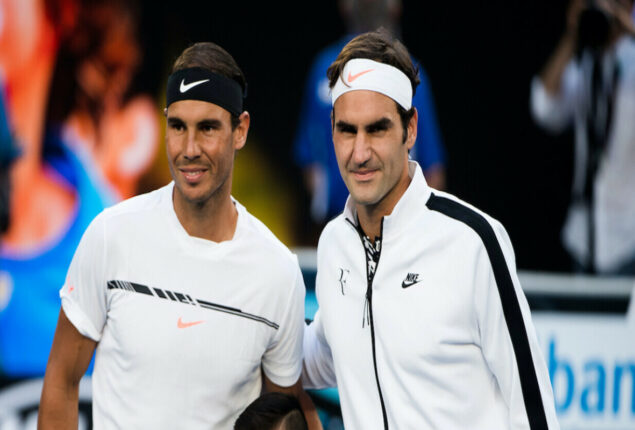 Roger Federer will team up with his most ferocious rival Rafa Nadal in Laver Cup showdown will mark an end of his brilliant career on Friday.

Last week, the 41-year-old declared that the team competition taking place in London’s O2 Arena would be his final.

Roger Federer will play in just one match during the three-day matchup between John McEnroe’s Rest of the World and Europe, led by Bjorn Borg, and the suspect right knee that forced him to end a 24-year career that includes 20 Grand Slam singles titles and widespread acclaim.

A dream scenario would be for him to play his final competitive match with 22-time Grand Slam champion Nadal. The final match of the day will pit them against the American team of Jack Sock and Frances Tiafoe.

“It’s going to be a different kind of pressure to be part of this historic moment,” Nadal, who has shared an epic career-long rivalry with Federer, told reporters.

“It’s going to be something amazing and unforgettable for me. I’m super excited. maybe we can create a good moment and maybe win the match.”

He had expressed the desire to play his final match on the same side of the net as Spaniard Rafael Nadal, and captain Borg naturally complied.

“I’m not sure if I can handle (all the emotions) but I will try,” Federer, whose presence had fans flocking to watch practice sessions on Thursday, said.

“This one feels a whole lot different. I’m happy to have him on my team and not playing against him.

“To be able to do it one more time, I’m sure it will be wonderful and I’ll try my very best.”

One of the Pakistani team’s players tested positive for COVID-19. The report…