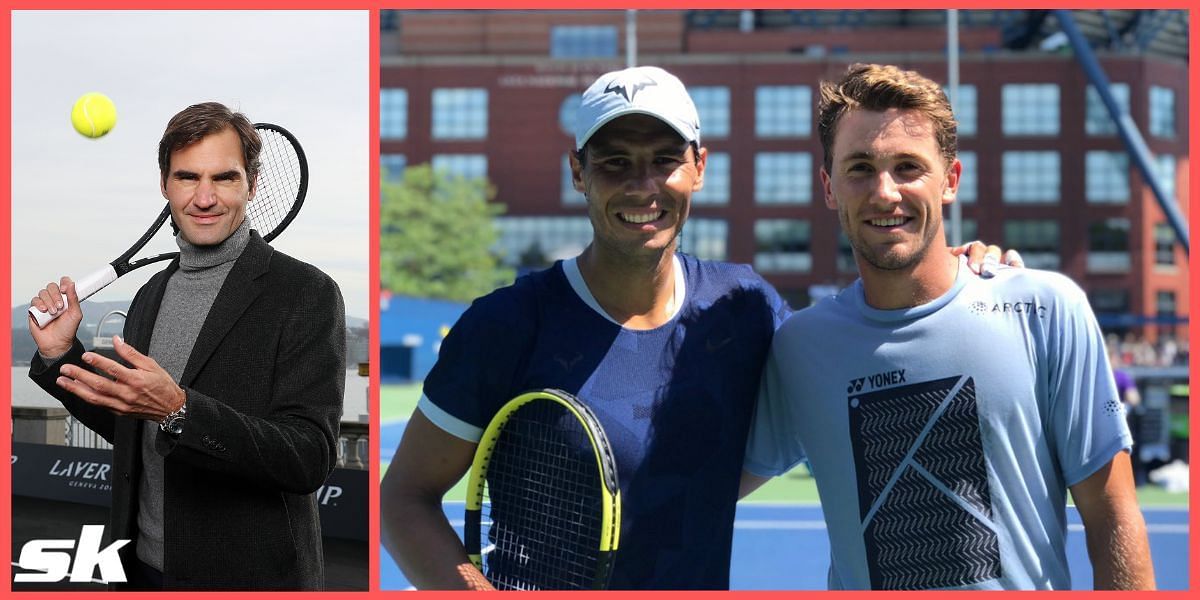 The 2022 French open final between Rafael Nadal and Casper Ruud on Sunday could feature a surprise guest — Roger Federer. The 20-time Grand Slam champion has been spotted in Paris ahead of the summit clash, making it very likely that he will be in attendance on Court Philippe-Chatrier.

In photos that have surfaced on social media, the former World No. 1 has been spotted alongside French football coaching legend Arsene Wenger as well as American football cornerback Joe Haden in the City of Love.

Some outlets have seen it as a sign that he has been invited by his close friend and arch-rival Nadal on the day he might announce his retirement, extrapolating from his recent comments in press conferences. But the chances of that are very low, since both of the Mallorcan’s coaches, Marc Lopez and Carlos Moya, have debunked such claims without hesitation.

The 21-time Grand Slam Champion’s PR Team has also confirmed that he isn’t entertaining such ideas at the moment. They have gone as far as to proclaim that Nadal will try his best to participate in the upcoming Wimbledon championships, even without any ranking points at stake.

As for the final, this will mark the first ever meeting between Nadal and Ruud on the ATP tour. While the former will be looking to extend his lead over Federer in the Slam race with a 22nd Grand Slam title, the Norwegian is on the hunt for his first Major triumph.

All of those losses came against Rafael Nadal (2006, 2007, 2008 and 2011), with the sole win coming against Robin Soderling in the 2009 edition, where the 20-time Grand Slam champion finally completed the elusive Career Slam.

That makes the French Open the former World No. 1’s least successful Grand Slam tournament, with only one title in 19 appearances. Federer has won at least five titles in the other three Slams — five at the US Open (19 appearances), six at the Australian Open (21 appearances) and eight at the Wimbledon Championships (22 appearances).