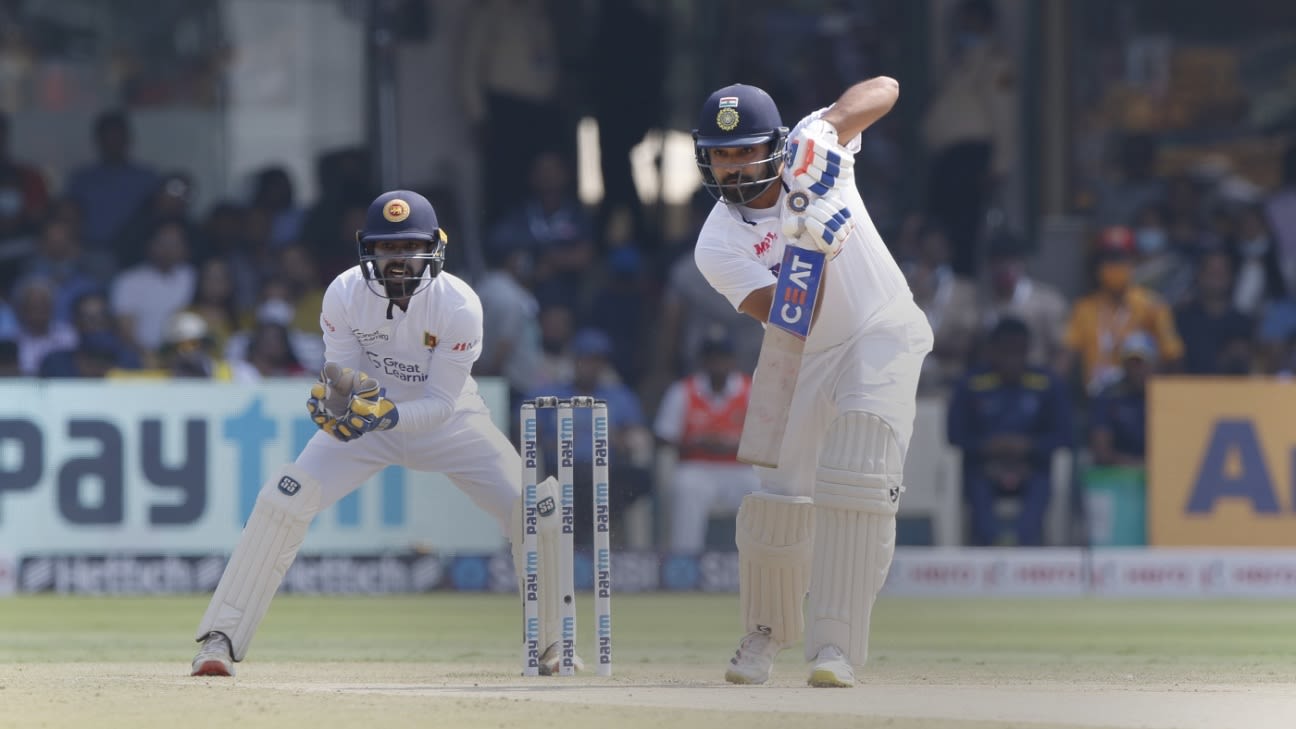 India Test captain Rohit Sharma has tested positive for Covid-19 which could put him in doubt for the one-off Test against England at Edgbaston.

Rohit is in isolation at the team hotel and if the same protocols are followed as for the ongoing England-New Zealand series it would be for a period of five days. The Test starts on July 1.

A BCCI statement said: “Team India captain Mr Rohit Sharma has tested positive for COVID-19 following a Rapid Antigen Test (RAT) conducted on Saturday. He is currently in isolation at the team hotel and is under the care of the BCCI Medical Team. An RT-PCR test will be conducted on Sunday to ascertain his CT value.”

The news of Rohit’s positive test came through after the third day’s play of the warm-up match against Leicestershire. He had made 25 in the first innings before not batting in the second.

The one-off Test is the conclusion of the series from last year which was suspended after a Covid-19 outbreak in the India team.

New Zealand have had to deal with a number of Covid-19 cases during their ongoing Test tour while England batting coach Marcus Trescothick has been absent from the Headingley match after testing positive.