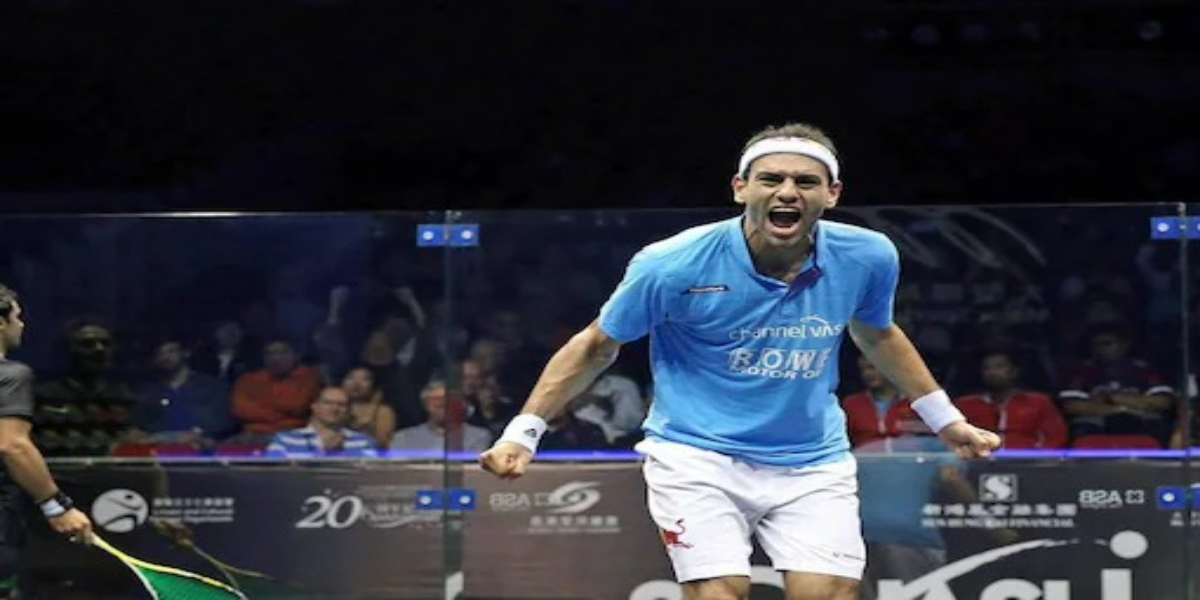 Egyptian squash player Mohamed el-Shorbagy was called a traitor and a sellout when he announced this month he had joined the English national team.

Yet the athlete is not the first Egyptian to compete under a foreign flag, with experts saying the choice illustrates a pervasive problem of athletes feeling underpaid and under-equipped.

“There is only football and a few team sports” that garner support, Hossam Hamed, former wrestler and coach of Egypt’s national team, told AFP.

Other athletes, particularly those in individual sports, have to deal with “obsolete regulations” and “minimal payments, even after medals and international victories”.

He says Egyptian athletes joining other national teams are “rebelling against a painful reality”.

Explaining his choice, el-Shorbagy said “England gave me all the support I needed”, in contrast to his home country, where “no one paid him any mind” for years.

Currently world number 3, the Alexandria native is one of Egypt’s most decorated squash players, spending 50 months as the world number one in a country that consistently dominates the sport on a global level. Five of the world’s top 10 men athletes are Egyptian, in addition to el-Shorbagy, as well as the top three women athletes.

A way out of poverty

But the champion is far from the first to trade in the Egyptian flag, with a history of athletes in weightlifting, wrestling, equestrian, boxing and handball doing the same.

At the 2020 Tokyo Olympics, Fares Hassouna won one of Qatar’s first gold medals in weightlifting. After social media backlash in Egypt, his father set the record straight.

Ibrahim Hassouna, himself an Egyptian weightlifting champion and former coach of the national team, explained that it was he who had left the country after his own clash with the federation, and had trained his son in Qatar since he was a child.

In a country where two thirds of the population live below or just above the poverty line, sport can be a way out.

“How can the reward for an Olympic gold medal be a million pounds ($54,000), after all the years of training and preparation that have gone in?”

In Egypt, where football reigns and Mohamed Salah wears the crown, other athletes are green with envy. “In football, some players earn up to a million dollars a year, without even having to win a competition,” Zariq derided.

Handball has seen a rare reversal of the trend, according to Yasser Labib, former captain of the national team and head of the handball team at Al-Ahly Club, which together with its rival Zamalek dominate the African Champions League.

In the 1990s, he explained, they were haemorrhaging players, with Egyptian athletes playing all over the world except in Egypt.

“This is no longer the case,” he told AFP. “Salaries have increased, contracts have become more professional, and players no longer want another nationality, but only to play in European leagues,” while remaining on the Egyptian national team.

The key, he told AFP, is to put an end to the parochial quarrels within federations, and increase funds dedicated to athletes.

It is a tall order for the Egyptian government, currently caught between double-digit inflation and a crippling devaluation.

In 2019-2020, only $21.3 million was earmarked by the government for all sports federations in a country with a 103-million-strong population, according to official figures. In contrast, the budget in a country like France clocks in at around a billion dollars.

But experts say the solution can come from sponsors, though support needs to be sustained. All too often, Hamed says, sponsors see a player as “just a product they can profit off of for revenues or advertising, but as soon as he is injured, it’s all over.”

Squash players, as opposed to weightlifters and wrestlers, usually hail from higher-income communities, trained in elite neighbourhood sporting clubs and leveraging their victories into scholarship opportunities at top-tier American and European universities.

Wagih says it is not money these athletes are pursuing in their foreign careers, but opportunities for “a better future after retirement” they would not have in their home country.