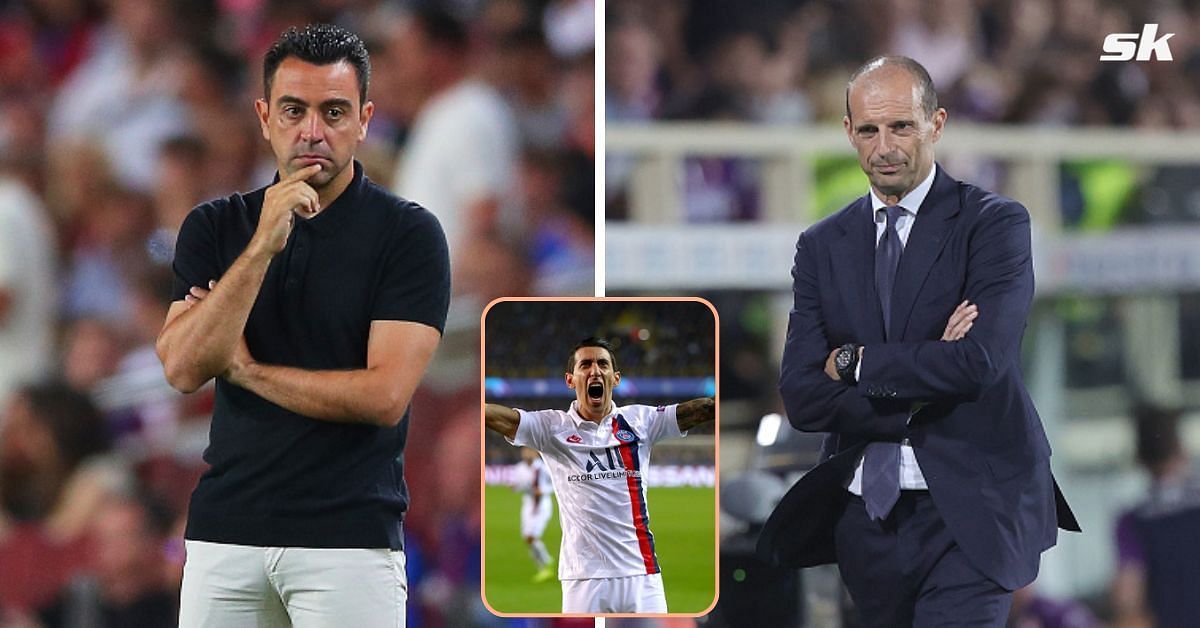 Outgoing PSG winger Angel Di Maria has revealed that Barcelona and Juventus are interested in signing him this summer. The 34-year-old is set to become a free agent after the expiration of his contract with the Ligue 1 giants on June 30. The Argentine has claimed that he is currently ‘focusing on holidays and family’ but is expected to make a decision on his future in the coming weeks.

Juventus are going through a transition phase under Massimiliano Allegri. The Italian led the club to a fourth-place finish in Serie A last season and will be eager to continue bolstering his squad this summer.

Di Maria could be a potential replacement for Paulo Dybala, who is set to leave the club this summer after the expiration of his contract.

Barcelona, on the other hand, are a club seemingly on the rise under Xavi Hernandez. The club are eager to bolster their attack this summer and could be in the market for a winger to replace Ousmane Dembele, whose contract expires at the end of the month.

Speaking about his future, the Argentine international said:

“Juventus are the biggest club in Italy, they are one of the teams that are interested in me. Right now, I’m thinking, but I’m focusing on holidays and family. FC Barcelona, a possible destination? Barca, yes, it’s one of the best clubs in the world too,” Di Maria told ESPN Argentina.

Angel Di Maria has also said that he is open to joining Barcelona despite being a former Real Madrid player and the rivalry between the two clubs.

“The two clubs have always opposed (note, Real Madrid and Barca), and it was fair to note that at time Barca was spectacular and that they were dominating, but hey, as I told you, I think it’s also one of the best clubs in the world and I would also like to play there.”

The 34-year-old winger spent five successful seasons at the Santiago Bernabeu, helping them win a La Liga title, two Copa del Rey’s, and a Champions League title during his spell.

However, the 34-year-old parted ways with Los Blancos on bad terms when he made the move to Manchester United in 2014 as he claimed that he never wanted to leave Real Madrid but was forced out of the club.

Angel Di María has been waiting for Barcelona to give him a contract proposal, but they have not contacted him so far. He is stalling on Juventus’ offer, but the Italian club demand a reply this week.

Angel Di María has been waiting for Barcelona to give him a contract proposal, but they have not contacted him so far. He is stalling on Juventus’ offer, but the Italian club demand a reply this week.— @sport https://t.co/fBe3F3SJM0