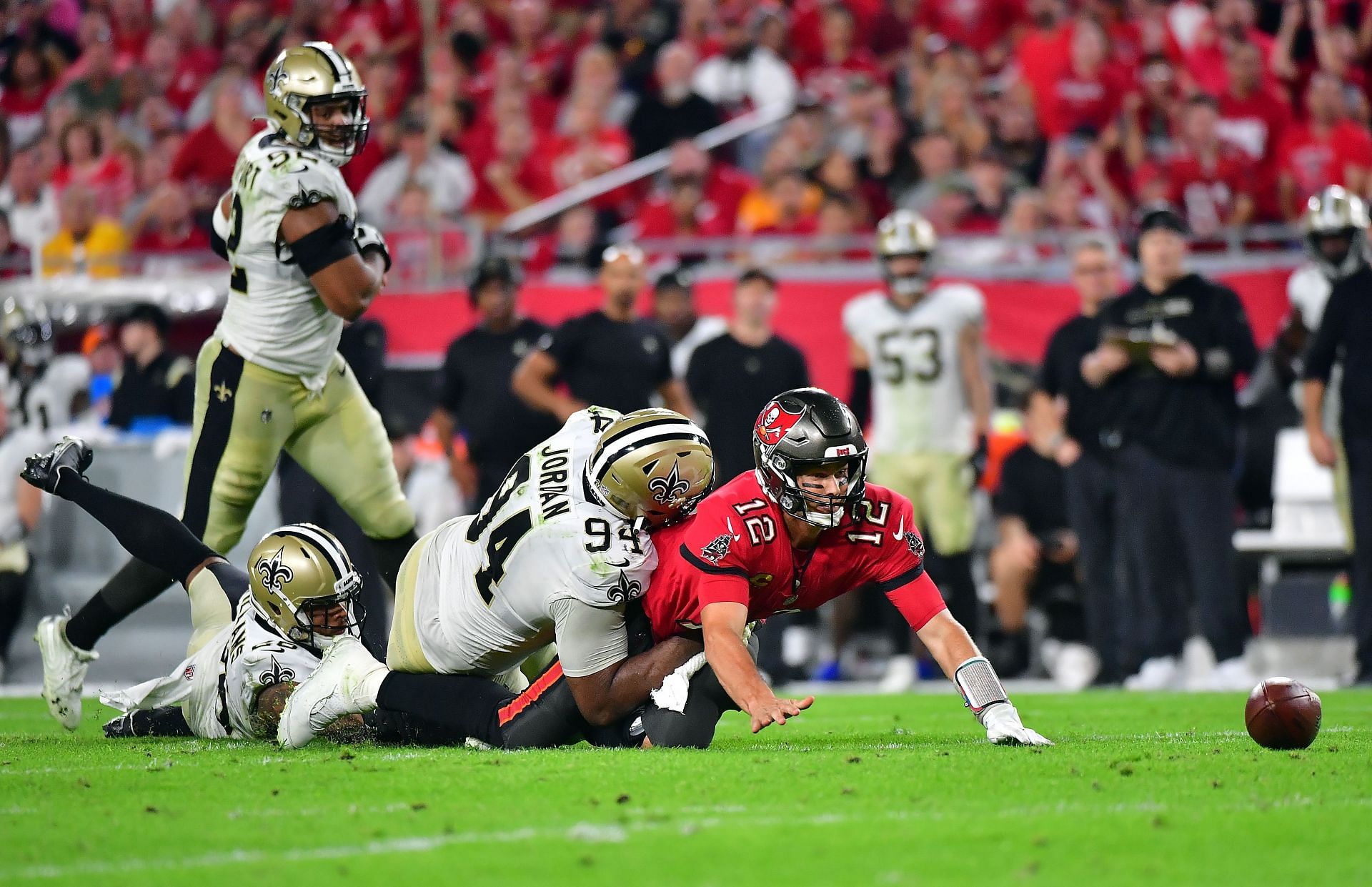 Tom Brady has officially turned 45. He’s still playing at an elite level, which is impressive for anyone over 40. At this juncture, it’s not crazy to think that he can be the oldest quarterback to ever play in the league by the time he retires.

Despite it being his birthday, not all the comments coming his way were complimentary. Shannon Sharpe took the opportunity to call the legendary quarterback out, saying this on Undisputed:

Sharpe seems to believe that Brady would rather fumble than take a serious hit from a defender that is probably half his age:

“Nah, I’m not gonna give you a shoulder to not dislocate my shoulder. As long as he doesn’t have a knee injury that sets him out for an extended period of time.”

He went on to add that Brady plays smart, and that he takes care of himself by avoiding major injuries. For that reason, Sharpe sees the quarterback playing at least a couple more seasons.

“I really believe that with the way the rules are set up and the way he plays the game. You’re getting the ball out ultra quick, which limits the defense opportunity to put a hit on him. I really believe he can play 46, which would be next year. Be 24, yeah, you playful. Yeah, yeah, yeah, he gonna play too. So you play two more seasons.”

At some point, age has to catch up with Brady, but that still might be a while away.

Why did Tom Brady come out of retirement?

There are a lot of theories as to why the future first ballot Hall of Famer might have decided to come out of retirement, and nobody truly knows why except maybe the former Patriot himself and those around him.

This fake retirement thing really is good stuff, @TomBrady. Thanks for paving the way for me. We really are two men of similar ilk, following a similar life journey.

This fake retirement thing really is good stuff, @TomBrady. Thanks for paving the way for me. We really are two men of similar ilk, following a similar life journey.

However, many theories make a lot of sense. One popular theory is that the news of Tom Brady retiring was incorrectly reported. The quarterback didn’t make the initial announcement.