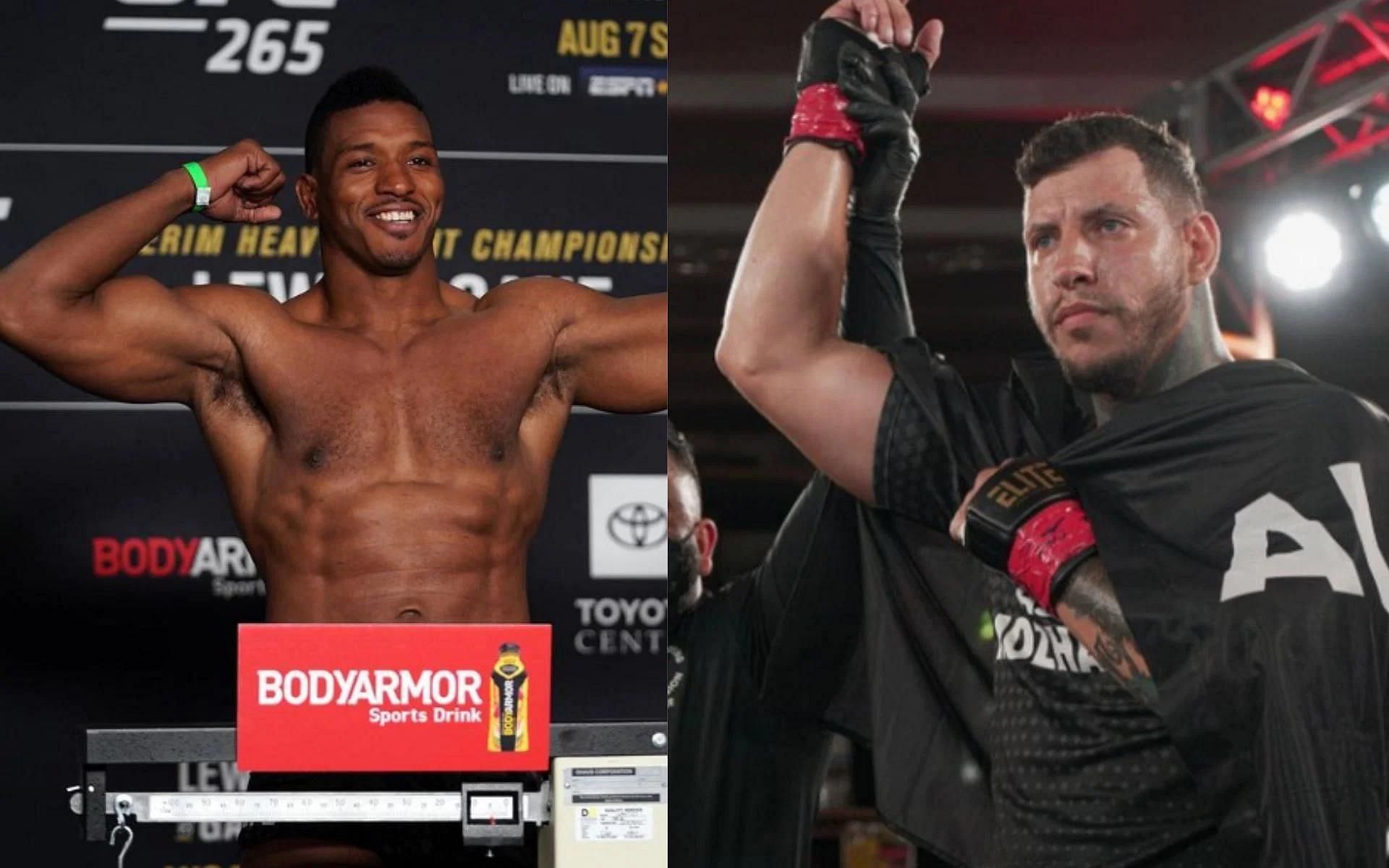 UFC light heavyweight Alonzo Menifield had an impressive outing at UFC Fight Night: Volkov vs. Rozenstruik on June 4. The 34-year-old opened up the main card of the event and took on Askar Mozharov.

‘Atomic’ had an easy day at work on June 4 as he finished Mozharov via TKO in the opening round of the fight.

Chiesa said that the nickname ‘Atomic’ suited the light heavyweight.

“Atomic is the most fitting nickname for Alonzo Menifield.”

Atomic is the most fitting nickname for Alonzo Menifield. #UFCVegas56

Atomic is the most fitting nickname for Alonzo Menifield. #UFCVegas56

Muhammad praised Pat Barry for making Menifield follow the gameplan for the fight.

MMA fans on Twitter also shared thoughts on the fight as can be seen below:

The cameraman after Alonzo Menifield tapped it

The cameraman after Alonzo Menifield tapped it https://t.co/Cc1R0Hv3Xt

Alonzo Menifield with the first round TKO.

Alonzo Menifield with the first round TKO. BRUTAL ELBOWS DAMN 🤯

The fight helped Menifield return to winning ways after his loss to William Knight at UFC Vegas 44 in December 2021.

Alonzo Menifield is proving to be an impressive finisher

Alonzo Menifield has made a reputation for himself as a great finisher. ‘Atomic’ has 12 professional MMA wins to his name and 11 of them have been finishes.

The 34-year-old has knocked out nine of his opponents and the other two finishes have been submissions.

Menifield impressed MMA fans during his stint on Dana White’s Contender Series s2′ in June 2018 as he knocked out his opponent Dashawn Boatwright in just eight seconds of the very first round.

The light heavyweight then went on to score impressive knockout victories against Vinicius Moreira and Paul Craig in 2019. ‘Atomic’ won a ‘Performance of the Night’ bonus worth $50,000 for his knockout of Craig.

Menifield then hit a rough patch and lost two fights in a row. He came up short in his fights against Devin Clark and Ovince St. Preux.

The 34-year-old bounced back and won his next two fights against Fabio Cherant and Ed Herman.

William Knight snapped Menifield’s two-fight win streak in December last year. But ‘Atomic’ is now back in the win column after his impressive knockout victory at UFC Fight Night: Volkov vs. Rozenstruik.