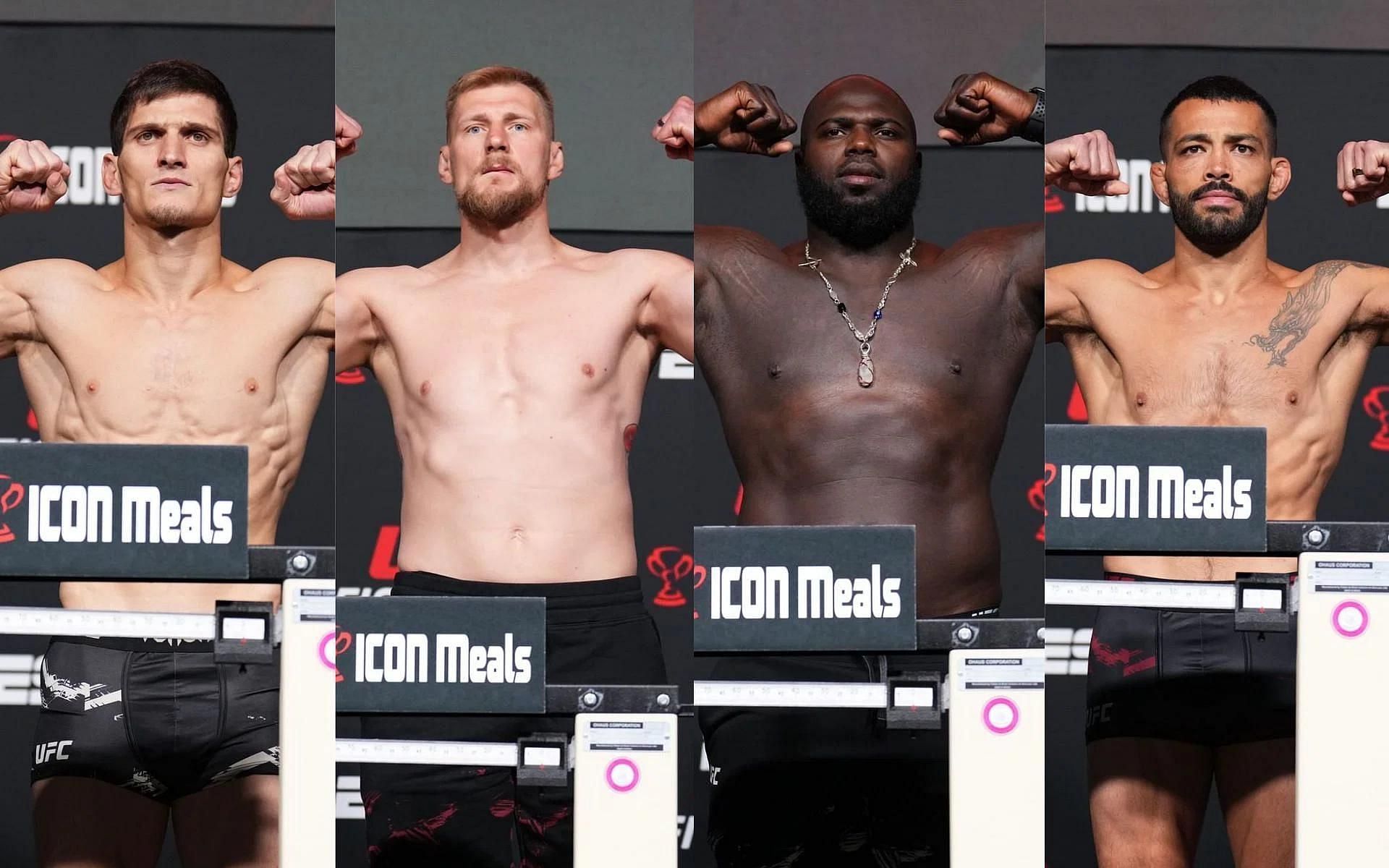 The co-main event was an exciting featherweight clash between Movsar Evloev and Dan Ige. Coming into the fight, Ige was on a two-fight losing skid. Evloev, on the other hand, was undefeated with a record of 15-0 before June 4.

Other exciting fighters like Ode’ Osbourne and Alonzo Menifield also competed on the main card of UFC Fight Night 207.

Alexander Volkov def. Jairzinho Rozenstruik via TKO (2:12 of Round 1)

Lucas Almeida def. Michael Trizano via TKO (0:55 of Round 3)

Alonzo Menifield def. Askar Mozharov via TKO (4:40 of Round 1)

The main event of UFC Fight Night 207 was a short-lived affair. Alexander Volkov made quick work of Jairzinho Rozenstruik and finished him via strikes in the first round of the fight.

Movsar Evloev proved himself to be the superior fighter on June 4 as he scored a comfortable unanimous victory against Dan Ige. With the win, the Russian now boasts of a record 16-0.

Lucas Almeida made a triumphant debut in the UFC. The Brazilian managed to secure a TKO victory against Michael Trizano in the third round of their featherweight matchup.

Karine Silva and Poliana Botelho competed in a flyweight fight on the main card of UFC Fight Night 207. Silva caught Botelho in a D’Arce choke and submitted her in the closing seconds of the first round.

Ode’ Osbourne had a short night at the office as he knocked out Zarrukh Adashev in just over a minute of their flyweight matchup.

A light heavyweight matchup between Alonzo Menifield and Akar Mozharov opened up the main card for UFC Fight Night: Volkov vs. Rozenstruik. ‘Atomic’ scored the 12th victory of his career as he finished Mozharov in the first round of the fight.