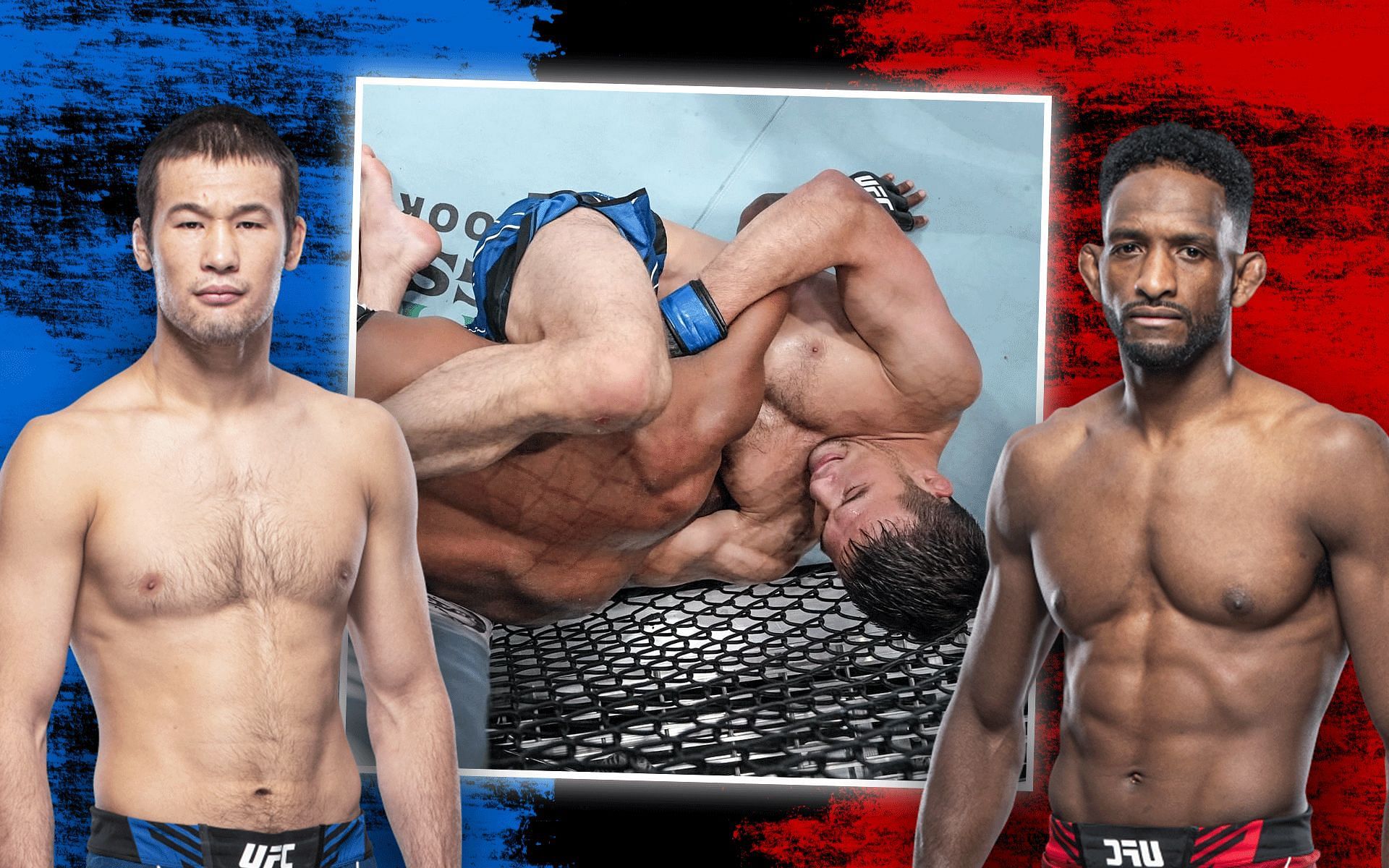 Shavkat Rakhmonov proved himself to be a serious problem for the UFC’s welterweight division on June 25. ‘Nomad’ took on perennial contender Neil Magny in a three-round welterweight bout at UFC Fight Night: Tsarukyan vs. Gamrot.

Rakhmonov kept his composure throughout the fight and finished Magny with a guillotine choke with just a few seconds left in the second round.

Rakhmonov is now 16-0 as a professional martial artist. The most impressive thing to note about the 27-year-old’s resume is that Rakhmonov has finished all 16 of his fights. ‘Nomad’ has won eight fights by knockout and the rest by submission.

Rakhmonov is comfortably climbing the ranks in the welterweight division. If ‘Nomad’ keeps scoring finishes as he did at UFC Vegas 57, it won’t be long before we see him fight for the UFC title.

Comparisons have been made between Rakhmonov and Khamzat Chimaev. Prior to UFC Vegas 57, former UFC fighter Chael Sonnen had spoken about the similarities between the two welterweights:

“There’s a guy fighting tomorrow night, Rakhmonov. Do you guys know Rakhmonov? Rakhmonov is 15-0. He is wrestling-heavy, he is gritty, he will take on anybody. I just described Chimaev. Didn’t I?”

Watch the video below:

Shavkat Rakhmonov calls out Stephen Thompson for next fight

After an impressive outing at UFC Fight Night: Tsarukyan vs. Gamrot, Shavkat Rakhmonov has his eyes set on a new target. During his octagon interview with Michael Bisping, ‘Nomad’ called out perennial welterweight elite Stephen Thompson for a fight.

Thompson is a veteran of the sport of MMA and has been in several high-level fights. The 39-year-old has wins over names like Robert Whittaker, Vicente Luque, Johny Hendricks, Jake Ellenberger, and Matt Brown.

‘Wonderboy’ competed for the UFC title twice but came up short both times. Thompson is currently going through a rough patch in the UFC. The 39-year-old was outgrappled in his last two fights against Belal Muhammad and Gilbert Burns and lost both via decision.

‘Wonderboy’ needs to return to winning ways, but a fight with Rakhmonov might prove to be a tough outing for the former title challenger.