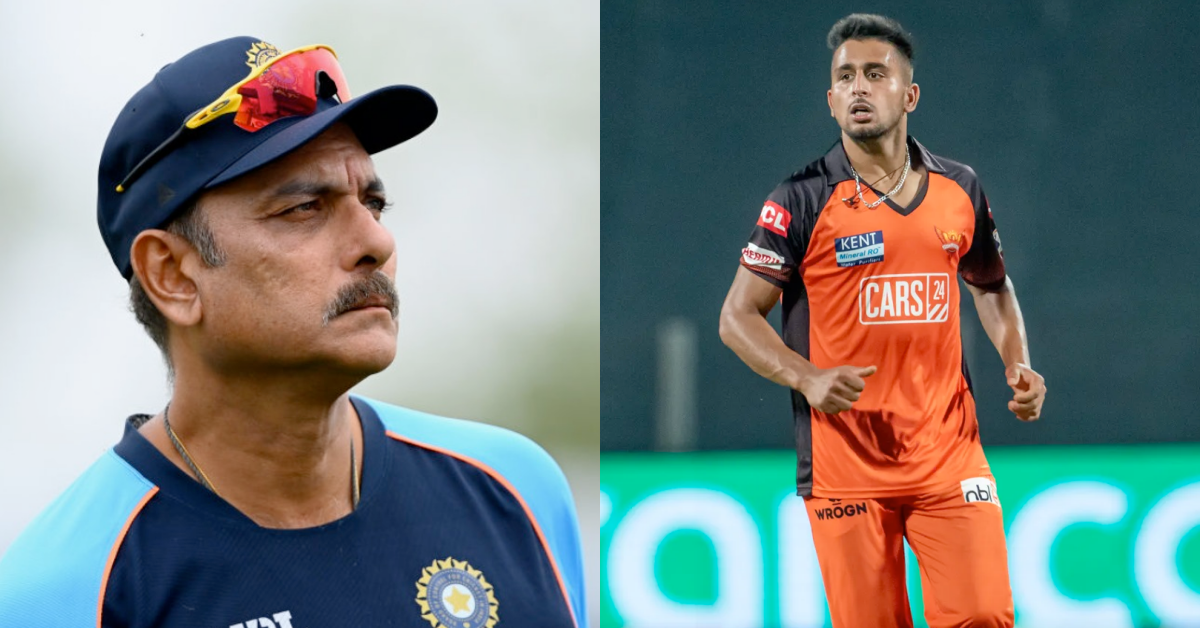 Former India National Cricket Team head coach Ravi Shastri has said that the express pacer Umran Malik needs to make improvements in his lines as he sometimes struggles to bowl at the perfect lines. However, Shastri admitted that length-wise Umran is pretty accurate.

Umran Malik won the Emerging Player of the Tournament Award in the Indian Premier League 2022 after his sensational performance for the Sunrisers Hyderabad in the cash-rich league. He bagged 22 wickets in 14 games and finished as the 4th highest wicket-taker in the tournament.

During a discussion on the Star Sports show ‘Game Plan’, Shastri said that too much work is not required to be done to make Umran Malik a better bowler and it’s just all about making him more consistent. He elaborated:

“If he can focus and get the lines right where he attacks the stumps more, then he can be a very awkward customer, especially if there is something in the surface, if it is two-paced, it has a bit of juice in it, at that pace he can rattle you, especially newcomers who come into bat.

“There is not too much work to be done. It’s just about making him more consistent in what he does, which means his practice sessions in the nets will revolve around line more than anything else. He hits the right areas length-wise but line-wise he sometimes struggles.”

Former India head coach further said that Umran should be given an opportunity in playing XI in the five-match T20I series against South Africa. Also, Shastri said that he is delighted to see Umran being part of the Indian squad. Former India Head Coach asserted:

“If you have picked him, may as well give him an opportunity, see how he goes. I think the best thing is that he is part of the mix. I kept saying he should always be part of the mix and then you can work on him whilst he is there.

“Glad he is part of the team and he will do his quantity of bowling in the nets and in the middle if he does well, it’s just about smelling the coffee at that level. You play for India and you do well in one or two matches and then you are away, especially if you have got the pace.”