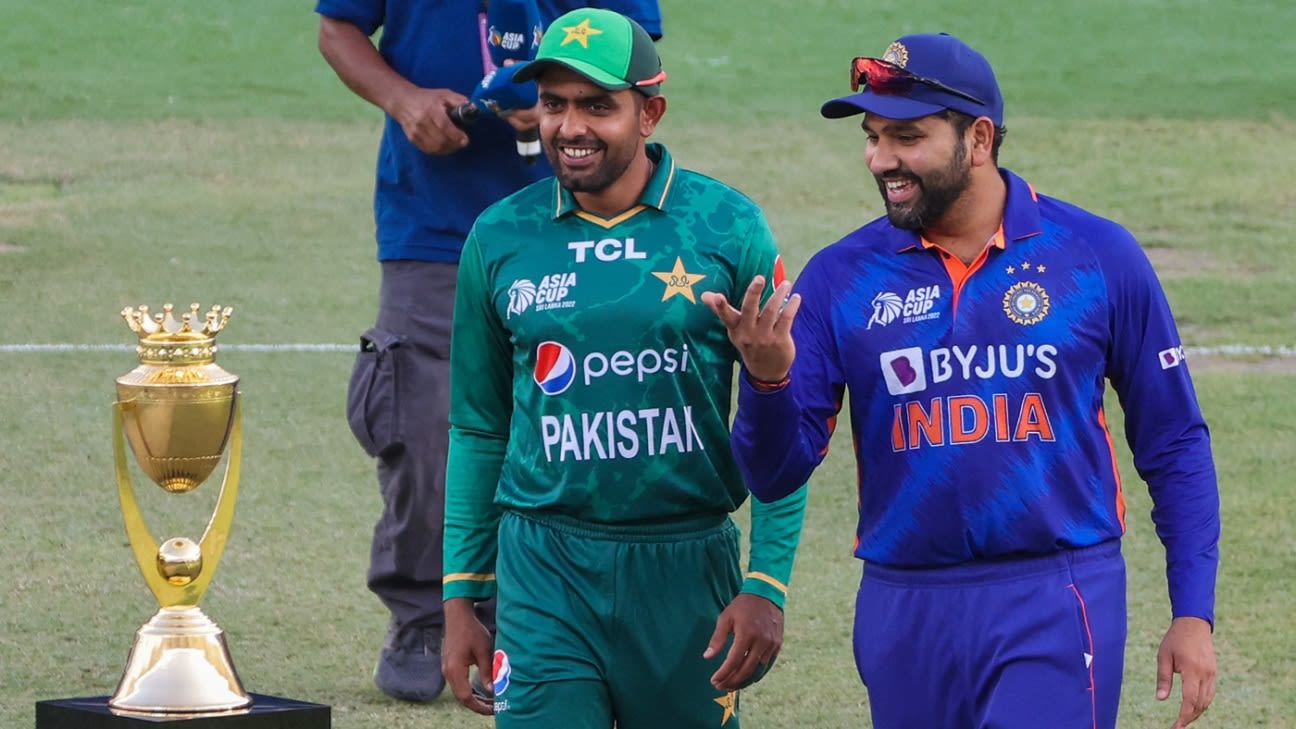 It wasn’t until Friday night that this fixture was officially confirmed, but make no mistake, the second instalment of India versus Pakistan had long been pencilled-in in the minds of supporters, organisers and players for this Sunday. Its proximity to the sides’ most recent contest, just a week ago, gives it that added layer of intrigue and context, with the sides not quite as unfamiliar with each other as they usually are. This will be the first time since the 2018 Asia Cup that the two face each other in such quick succession.

That this game is the first for both teams in the Super 4 stage allows it to be stripped of context in the bigger picture. But this is another opportunity for them to work each other out ahead of their men’s T20 World Cup game in Australia in just under two months’ time. Not to forget, any insight gleaned into the opposition’s methods might be particularly handy in a week’s time, if there is to be a Part 3 of this story in the final next Sunday.

There isn’t too much to separate these sides, especially in these conditions, as was evident in their tight contest a week ago, but by dint of India pulling the result out, they do go in as slight favourites. Their bowlers fared admirably in the absence of Jasprit Bumrah and Harshal Patel, using the short ball to devastating effect in a way Babar Azam’s men could neither cope with nor replicate. In the middle order, India have the luxury of a two-in-one player in Hardik Pandya, whom they were able to rest against Hong Kong. Virat Kohli, meanwhile, seems to be creaking back to form, taking advantage of an early reprieve against Pakistan to score a vital 35, followed up by an unbeaten half-century against Hong Kong.
Pakistan’s dominant, record-breaking win over Hong Kong allayed any fears that they might stumble at the group stage. Mohammad Rizwan played his way back into form with an unbeaten 78 off 57, while Khushdil Shah warmed up nicely with an unbeaten 15-ball 35. The bowling, Pakistan’s stronger suit by a distance, was in top form, with Shadab Khan taking career-best figures of 4 for 8, and Mohammad Nawaz taking 3 for 5. Dubai might not allow the spinners as big a role, but a well-rounded bowling attack remains Pakistan’s most reliable avenue to victory.

And, of course, there are Super 4 points on offer. Even if that feels like a bit of an afterthought for now, they will become increasingly prized as these two jostle with Sri Lanka and Afghanistan in a bid to reach the final.

Kohli might have begun this tournament with the vultures circling, but it is Rohit Sharma whose recent form represents something of a top-order vulnerability for India. There’s only one half-century peppered amongst a swathe of low-to-medium scores over his last dozen T20Is or so. Against Pakistan, that effect is even more exaggerated, his average dropping to 13.66 from a career average of 32. His strike rate takes a similar dive from 139.84 to 112.32. When the sides met last week in Dubai, a scratchy 12 off 18 balls was all Rohit managed. If he, too, can shake off this indifferent spell, India’s top order suddenly poses more challenging questions for Pakistan.
It looked like Iftikhar Ahmed was doing the rebuilding work for Pakistan against India through the middle order when the sides met last week, even if he eventually fell at an inopportune moment. With the value of Pakistan’s middle order becoming clearer by the day, he should have a more noteworthy role to play on Sunday. As one of the few Pakistan middle-order batters who can perform the dual role of consolidation and power-hitting, he should be key to Pakistan’s hopes, particularly if they are thrust in to bat first again. Against Hong Kong on Friday, Babar Azam brought him on inside the powerplay, suggesting he might play more of an all-round role against India.

The temperature is expected to hit 40°C in the afternoon, and though it’s supposed to drop down a few degrees by the time the game starts, oppressive heat will continue to be a factor.

Pakistan have been hit with an injury to another fast bowler, with Shahnawaz Dahani ruled out of Sunday’s game with a “suspected side strain”. Hasan Ali or Mohammad Hasnain will take his place.

“Any game against India feels like a final, but the more normal you can feel in such a match, the better it is. I don’t follow the hype around that game much, but out in the middle, the ball has to play the bat.”
Mohammad Rizwan tries to downplay the hype of another India-Pakistan match