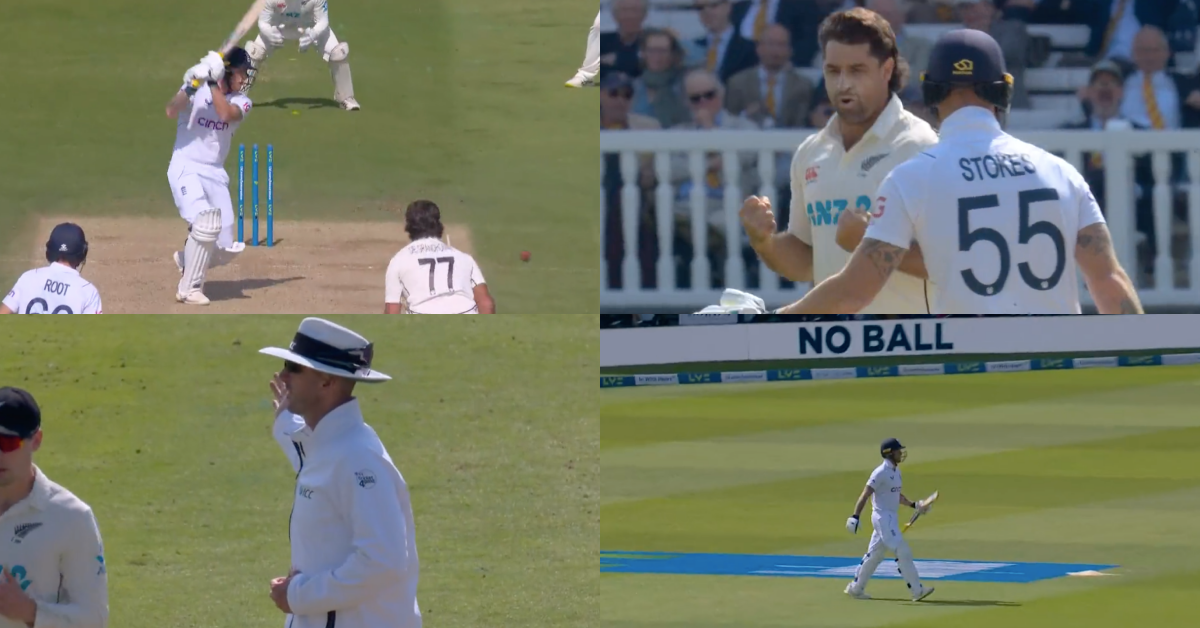 England captain Ben Stokes got a reprieve on the third day of the Lord’s Test against New Zealand when the match was hanging on a knife’s edge during England’s fourth innings run chase.

New Zealand set a target of 277 after they couldn’t add much to the overnight total. Daryl Mitchell was one of the two batters batting in the nineties on Day 2 and while he reached his century, Tom Blundell fell four runs short of the milestone.

In the run chase, England was once again in trouble having lost two wickets at 32. Joe Root came in early to rebuild with Ollie Pope but the latter was done in by Trent Boult.

Stokes then joined the former skipper at the crease and the two looked fairly comfortable as the ball became older and lost its sheen. However, the newly appointed English skipper had a brain fade and attempted a terrible shot against Colin de Grandhomme.

He managed a thick edge and the ball crashed into the stumps. As Stokes walked back, the umpire Michael Gough received a message saying de Grandhomme had overstepped. Stokes, who is celebrating his birthday, merrily grabbed the gift with both hands.

Watch Ben Stokes being recalled after being bowled:

A huge reprieve. Yet more drama in this Test match…

Meanwhile, England’s top-order woes continued as Alex Lees and Zak Crawley both fell to Kyle Jamieson. The experienced head of Root ended up holding down the fort at one end but wickets continued to tumble at the other.