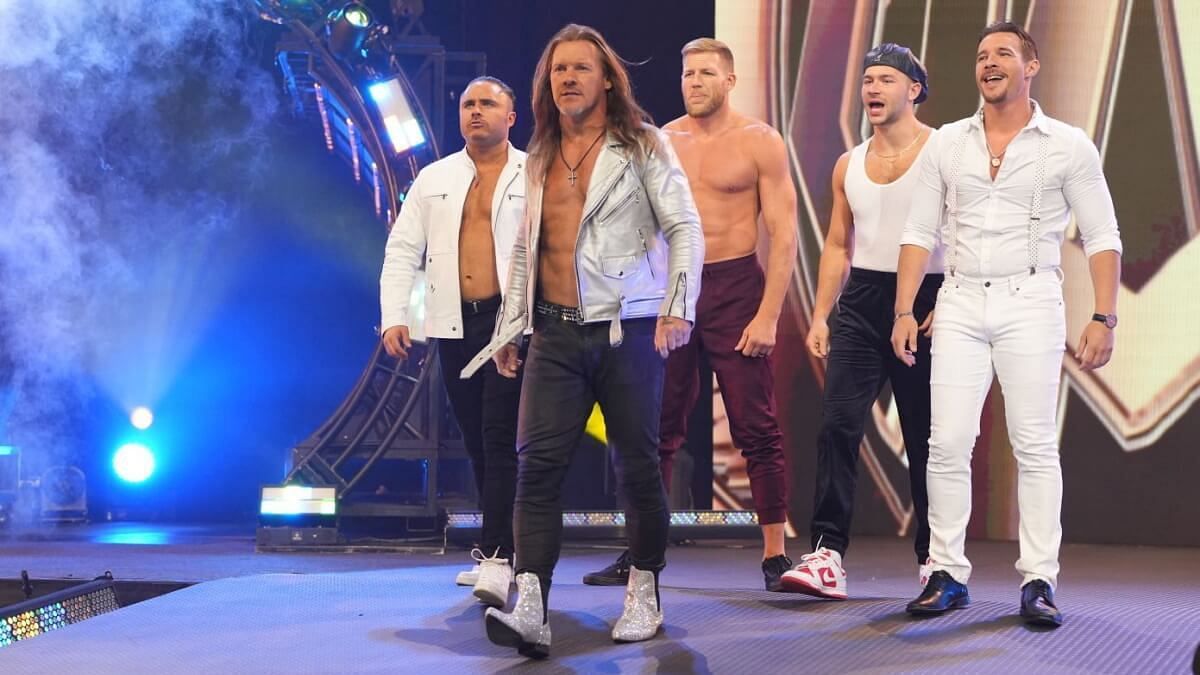 Sadly, Santana also relinquished the LAWE World Championship due to the same health situation. This was his first major singles championship win, which came on May 21st in Puerto Rico.

For months, Santana, Ortiz, and Eddie Kingston had been feuding with the Jericho Appreciation Society. The former world champion previously betrayed Proud-N-Powerful as he recruited Daniel Garcia and 2point0 in his faction. Last month, the two sides settled the score in a brutal Blood and Guts bout.

Check out Santana’s full promo below:

Santana and Ortiz have accompanied Chris Jericho on multiple occasions while they worked as members of The Inner Circle.

During the Blood and Guts match, the babyface team featuring the Blackpool Combat Club was one man down, as Santana could not continue after hurting himself while executing a move.

Speaking True Gordie podcast, Jericho noted that his former stablemate suffered a knee injury and is expected to be out of action for a while. He said:

Tonight Santana announced that he was relinquishing the LAWE World Championship due to the injury suffered at Blood & Guts.💔😔Santana won that title on May 21st in Puerto Rico. His first major singles championship.#LAWESummerfest #AEW https://t.co/Hzqu5UOV8G

Interestingly enough, there are chances that Santana isn’t on the best of terms with his long-term tag team partner Ortiz at the moment.

While Sean Ross Sapp of Fightful confirmed that the rumors about the two men having friction between them are false, WCW veteran Konnan recently gave his take on the situation.

Having previously worked alongside the two men at IMPACT Wrestling, Konnan seemingly confirmed that Santana and Ortiz aren’t on “good terms.” It remains to be seen if these rumors are true, considering the duo hasn’t teamed up in quite some time with one another.