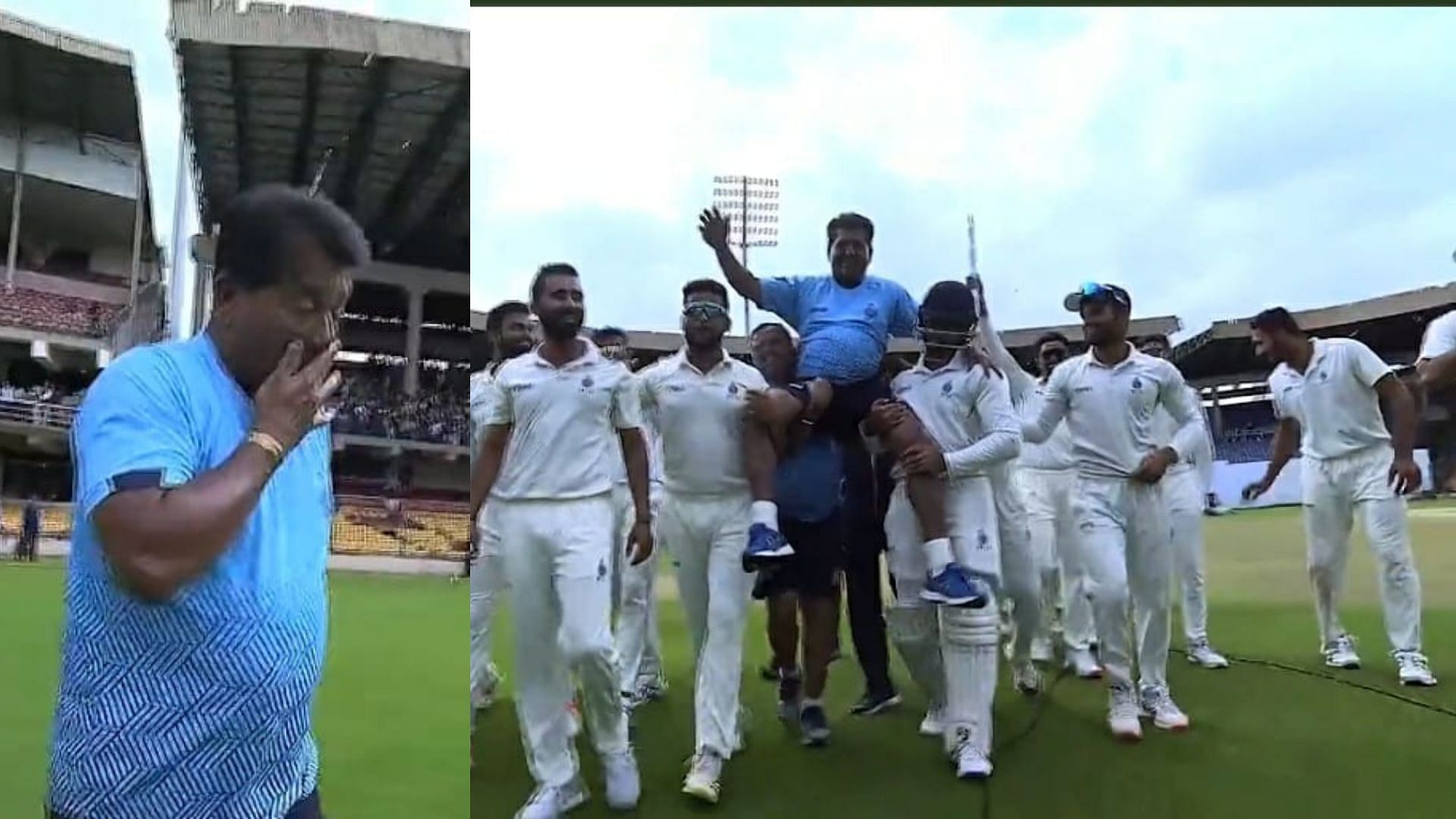 Madhya Pradesh seemed to be underdogs as they went into the final against the mighty Mumbai. However, they have thumped the favorites by six wickets and have won their maiden Ranji Trophy title.

This has been quite some story for former Mumbai and Madhya Pradesh player Chandrakant Pandit.

The current coach of Madhya Pradesh was also their captain during the 1998-99 Ranji Trophy final. Coincidentally, even that final happened at the Chinnaswamy Stadium in Bengaluru. Although he couldn’t win that game, life came full circle for Pandit as he coached his team to Ranji glory.

The relief of Chandrakant Pandit was evident as he was in tears in a video posted by BCCI Domestic on their Twitter handle. As Rajat Patidar hit the winning runs, his other teammates gathered around him in a huddle and everyone started celebrating.

A few members from the Madhya Pradesh team then took Pandit on their shoulders and that showed the amount of respect he had within the team and also the impact that he had in getting the best out of them. Here’s the video:

Indian batter Dinesh Karthik has been a huge fan of Chandrakant Pandit and hailed him for Madhya Pradesh’s win. The 36-year-old believes Pandit knows exactly how to get the best out of whatever resources he has.

Lauding the tactical masterclass of the former Madhya Pradesh captain, Karthik compared his genius to that of former Manchester United manager Sir Alex Ferguson. Here’s what he tweeted: