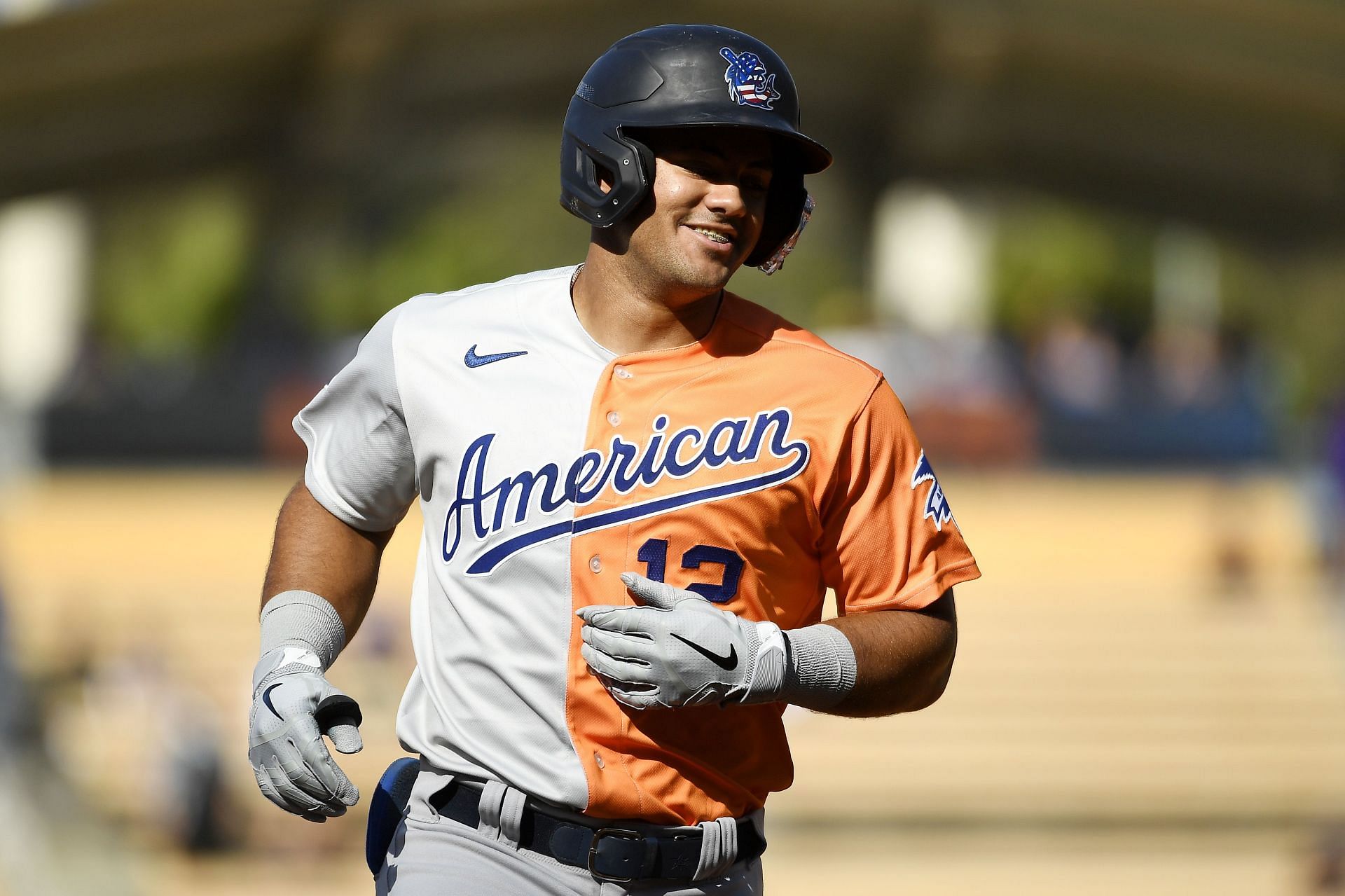 Representing the American League at this year’s All-Star Futures Game, New York Yankees prospect Jasson Dominguez gave us a glimpse into the bright future he has in the sport.

The 19-year-old showed off his incredible power with a two-run homer in the third inning, which turned out to be crucial.

The AL reigned supreme in a 6-4 win against the National League. Dominguez’s shift didn’t get off to the best start when he made a fielding error that allowed the NL to score two runs.

However, he more than made up for it when he smashed a two-run deep center homer off San Francisco Giants starlet Kyle Harrison.

Dominguez starred in the AL’s victory, as did the highly-rated Matt Walner of the Minnesota Twins and Shea Langeliers of the Oakland Athletics. Walner hit a scorcher over the fence off Harrison. Langeliers, who was adjudged to be the All-Star Futures Game MVP, added to AL’s tally with a solo hit off Jared Shuster.

The Yankees’ decision to promote Dominguez to Hudson Valley speaks volumes about the vision they have for him. It’s easy to forget that he is only 19, since he shows maturity beyond his years.

How long before we see him in the major leagues? We don’t know, but everything seems to suggest that it won’t be very long.