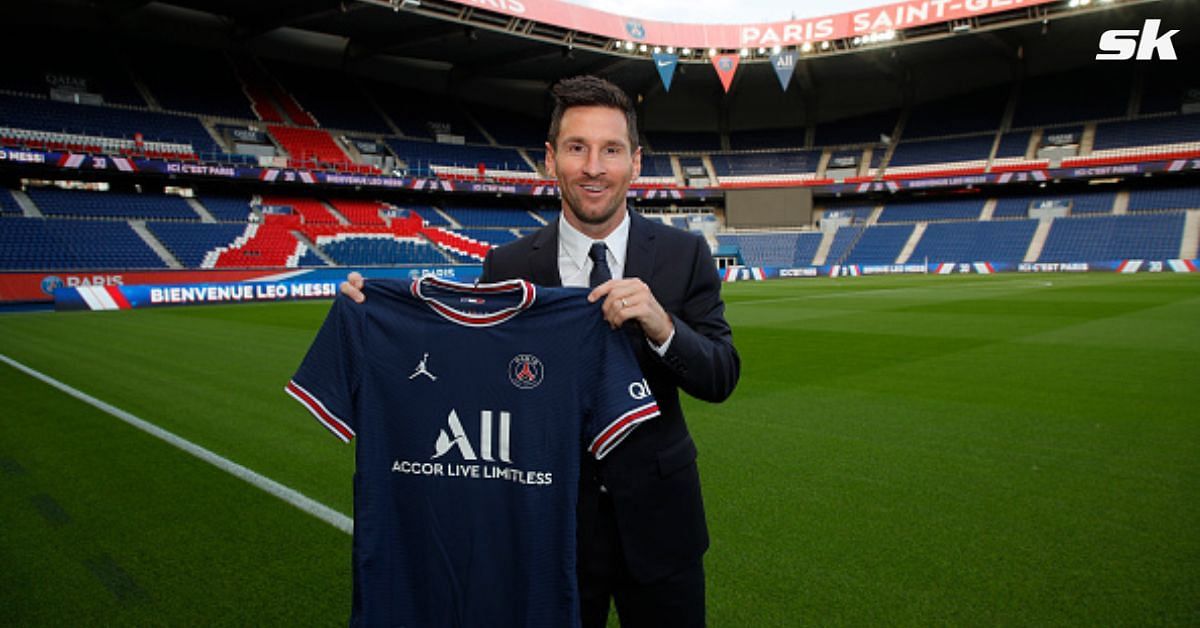 Lionel Messi’s arrival at Paris Saint-Germain (PSG) has been a major success off the field. According to the director of sponsorship at the club, Marc Armstrong, the club has found it difficult to match the demands of Messi’s shirt since his free transfer from FC Barcelona last summer.

Armstrong said that the demand for PSG shirts has increased by around 30 to 40 percent over the last year. According to Asianet Newsable, the Parisian giants have sold more than one million shirts for the first time, with 60% of those sales being Messi’s, with the number 30 on the back.

The PSG director said about the same:

“Demand has grown by 30 to 40 per cent and really what can slow it down is supply. When a signing of this size happens, (Cristiano) Ronaldo to (Manchester) United for example, you might think he’s going to get paid by selling shirts, but that’s not the case. You can’t produce a lot of extra shirts.”

Armstrong added that PSG are one of the highest shirt sellers of a single player among all major football clubs. He said:

“The agreement is set to guarantee very important minimums, but we can’t meet the demand for Messi shirts. We have reached the ceiling. Nobody can meet that demand. We are already selling a lot of jerseys, maybe more than any other team in the world for one player, and that puts us at the next level. We have a lot of demand for lifestyle products, the revenue with the Jordan brand is huge, but the demand grows even more when you sign a player like Messi.”

According to recent reports, PSG have generated revenue close to €700 million since Messi’s arrival last summer. Since signing the 35-year-old forward, the Ligue 1 giants have seen growth in all aspects, including in ticketing sales and growth in social media followers.

Despite the success off the pitch, Messi had an underwhelming campaign.

The seven-time Ballon d’Or winner ended the 2021-22 season with 11 goals and 15 assists from 34 games across competitions. The Argentina captain won his first Ligue 1 title but failed to take his team beyond the Round of 16 of the UEFA Champions League.

Lionel Messi failed to score a penalty against eventual champions Real Madrid in the first leg, which came back to haunt the Parisians.