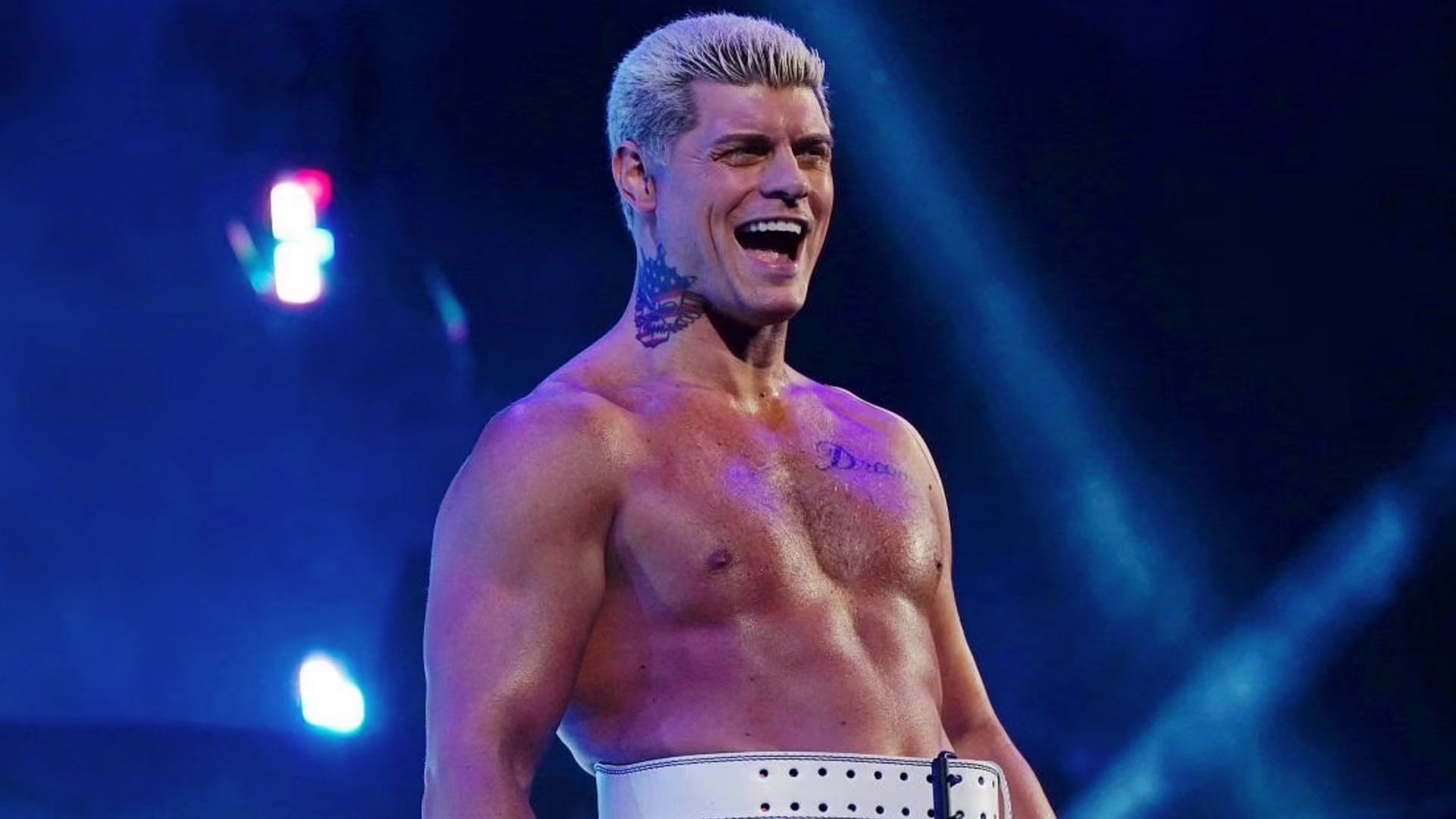 Former Intercontinental Champion Cody Rhodes recently expressed his elation over locating a fan who was duped out of tickets.

The American Nightmare is currently recuperating after tearing his pectoral tendon ahead of his match against Seth Rollins at WWE Hell in a Cell. Despite the injury, he defeated Rollins at the event and was taken off TV the following night on RAW after The Visionary brutally attacked him. The two-time Intercontinental Champion is reportedly set to be out of action for the rest of the year.

During his time off from WWE programming, Rhodes has been busy connecting with the fans. Recently, a mother in Tennessee saw the promotion coming to town and looked for ‘Ticketmaster’ to purchase tickets. She called a number she believed was for the company and asked for an area her son could sit in as he is wheelchair-bound.

The man instructed her to go to a local store and purchase a gift card. The scammer then asked for more gift card numbers, and the woman eventually realized it was fake.

After the news broke, Rhodes took to Twitter to ask if anyone could help him find the fan and make it up to the mother and son looking for tickets. He tagged the writer of the story, Olivia Michael of News Channel 5 Nashville, in a post looking for the fan.

“Anybody got eyes on Karen @oliviammichael? I think I can set her up with something,” Rhodes said.

The wronged fan was quickly located, and The American Nightmare sent out a thank you to fans and News Channel 5.

“We found her! Hopefully getting her all set up. Thanks @NC5.”

Wrestling fans respond to Cody Rhodes tracking down the fan

Wrestling fans were excited about The American Nightmare tracking down the unfortunate fan. They pointed out how nice it was of him to do so and wished him well in his recovery.

@CodyRhodes @NC5 Wooohoooo!! Thanks @CodyRhodes for being an amazing human. Get well soon, hope to see you in Nashville for #SummerSlam

Pancakes on me at the pancake pantry if you’re interested !!

@CodyRhodes @NC5 Wooohoooo!! Thanks @CodyRhodes for being an amazing human. Get well soon, hope to see you in Nashville for #SummerSlam Pancakes on me at the pancake pantry if you’re interested !!

@CodyRhodes @NC5 Nothing out of the norm here. Just Cody being a beautiful human being again

@CodyRhodes @NC5 Nothing out of the norm here. Just Cody being a beautiful human being again

It is still unclear for how long Cody Rhodes will be out of action from WWE. He recently gave an update on his return during a sit-down interview on the June 28 episode of RAW. He also claimed to have a plan of his own with regard to his WWE return.

Do you miss Cody Rhodes on WWE television? Let us know your thoughts in the comments section below.