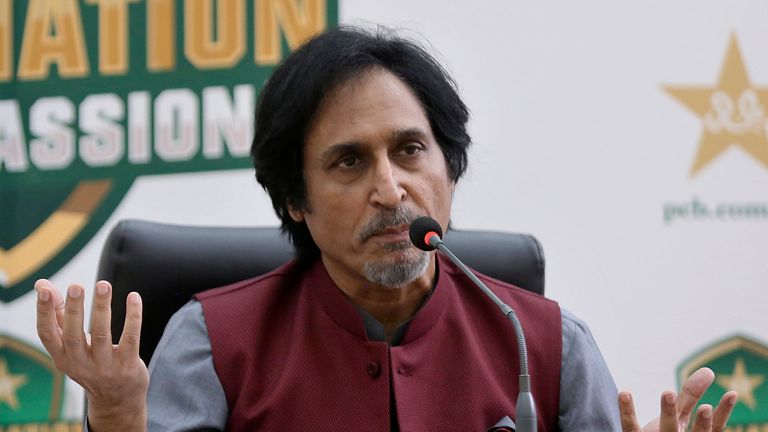 Pakistan Cricket Board (PCB) chairman Ramiz Raja has confirmed that Pakistan will be playing in the tri-nation series set to be hosted by New Zealand ahead of the T20 World Cup later this year in Australia.

The series will be excellent preparation for the conditions they will encounter in Australia, as per Ramiz. Pakistan reached the semifinal of the T20 World Cup in 2021 before losing to eventual champions, Australia.

“After receiving confirmation dates from the touring England side that is due here in Pakistan on September 15, we have confirmed our participation in the tri-nation series to be hosted by Cricket New Zealand. I wanted my team to play a few internationals more or less amid Australian environments, ahead of the World Cup.”

“Now the team will be having a good opportunity to test their combination and leading players’ form during the tri-nation series in New Zealand,” Ramiz said in an exclusive online interview.

“The pitches we are playing are not good” – Ramiz Raja

Ramiz also revealed he was disappointed with the pitches prepared in the 3-match Test series against Australia at home, which ended in a 1-0 win for the visitors.

“These slow tracks are not serving our cricket in real terms. Since our forte is fast bowling, we have to look for those options where we can play to our strengths and also feel at ease while playing abroad.”

“My intentions are to see Pakistan cricket at the top. The pitches we are playing are not good. It is impossible to carry drop-in pitches from Australia. We are however in the process of importing soil and specialist curators,” he added.

He also mentioned that he doesn’t try to intrude in the team selection and gives the power to the skipper, Babar Azam.

“Since we have achieved excellent results. I am not in favour of any changes in selection. Babar Azam is the more powerful captain and is a very important part of the selection,” he also added.