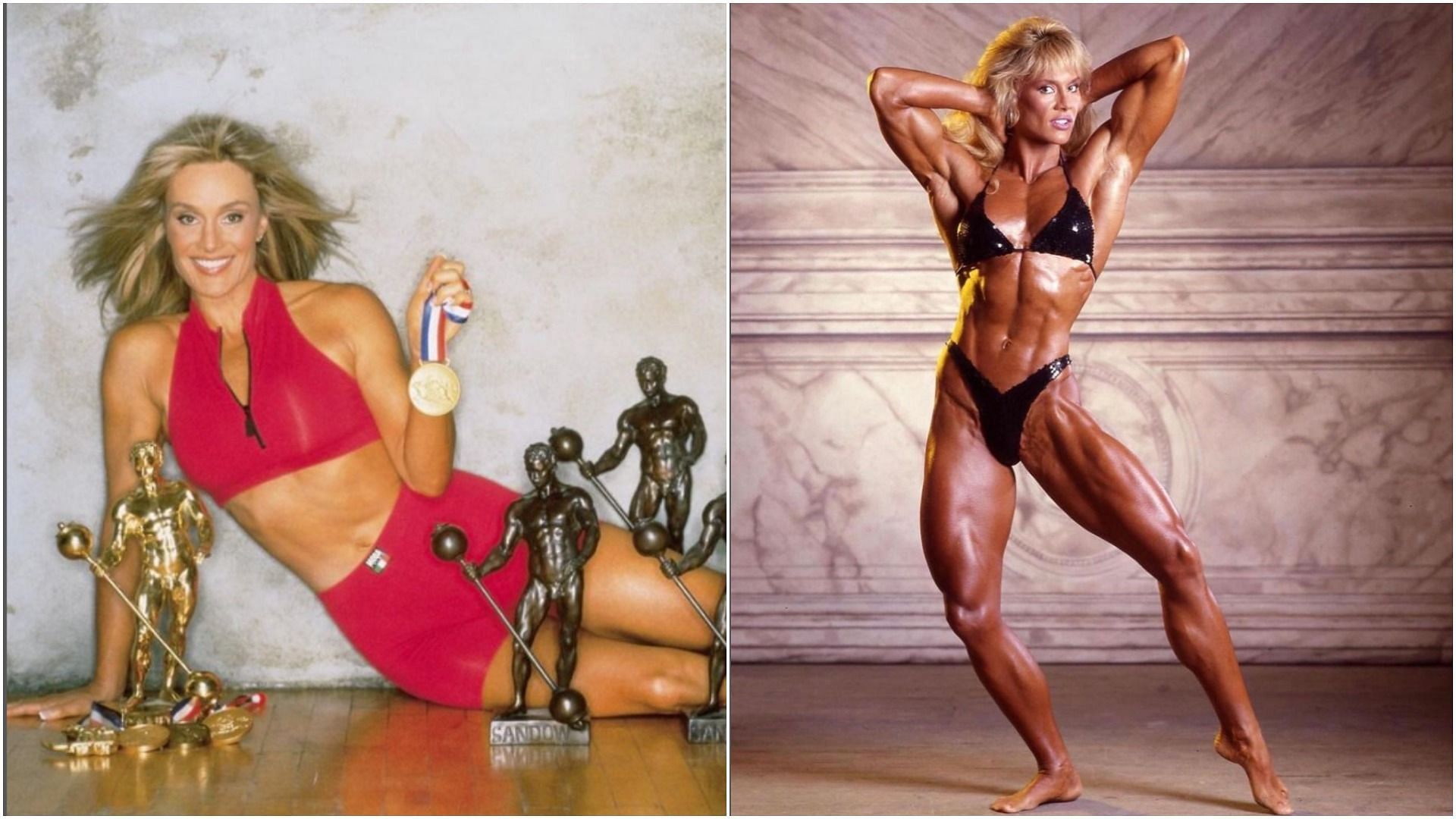 Born in Wisconsin in 1958, she won the 1984 NPC Nationals. Towering over her opponents at 5’9” and 160 pounds, she went on to win six consecutive Ms. Olympia titles.

Cory Everson was an athletic child, taking top place in gymnastics and track & field. During her college days at University of Wisconsin in Madison, she met Jeff Everson, who introduced her to bodybuilding. He was a competitive bodybuilder himself who coached her. She went on to marry Everson but eventually divorced him.

Everson’s first competition was the Ms Mid America in 1980, which she won.

Following that, she won the 1982 IFBB North American Championship. Thus began her groundbreaking streak of wins and rise to fame. She was known for her perfect symmetry and lines. Most notable were her legs, particularly her calves.

After winning Ms Olympia in 1984, she won for the next six years, retiring from the sport in 1989. She retired, as the event was not competitive enough.

However, that wasn’t the end to her stardom. She made her debut in the film industry in 1991 un Double Impact, starring alongside Jean-Claude Van Damme. She also played small roles in Natural Born Killers, Lois and Clark, Hercules and Tarzan.

Alongside acting, she also wrote books on fitness and health, and even made her media presence known with exercise videos. Years later in 2007, she became the first woman to be presented with a Lifetime Achievement Award at the Arnold Classic.

So what was Cory Everson’s routine that kept her in such tip-top shape all those years of bodybuilding? While not much is known, snippets of her Ms Olympia training routine have been shared by numerous sources. It looks something like:

Phew, that’s one intense regime. No wonder Cory Everson has stayed in such great shape for so many years, even after retiring from bodybuilding.

Not much is known about her diet, although it is said that she does not stick to a strict diet but eats clean year-round and enjoys her favourite food during holidays.

Although bodybuilding is a tough sport, Cory Everson inspires female bodybuilders to this day, encouraging them to stick to their goals. It takes a lot of hard work, but it’s achievable through immense determination and belief in oneself.

Q. Are you an aspiring bodybuilder?