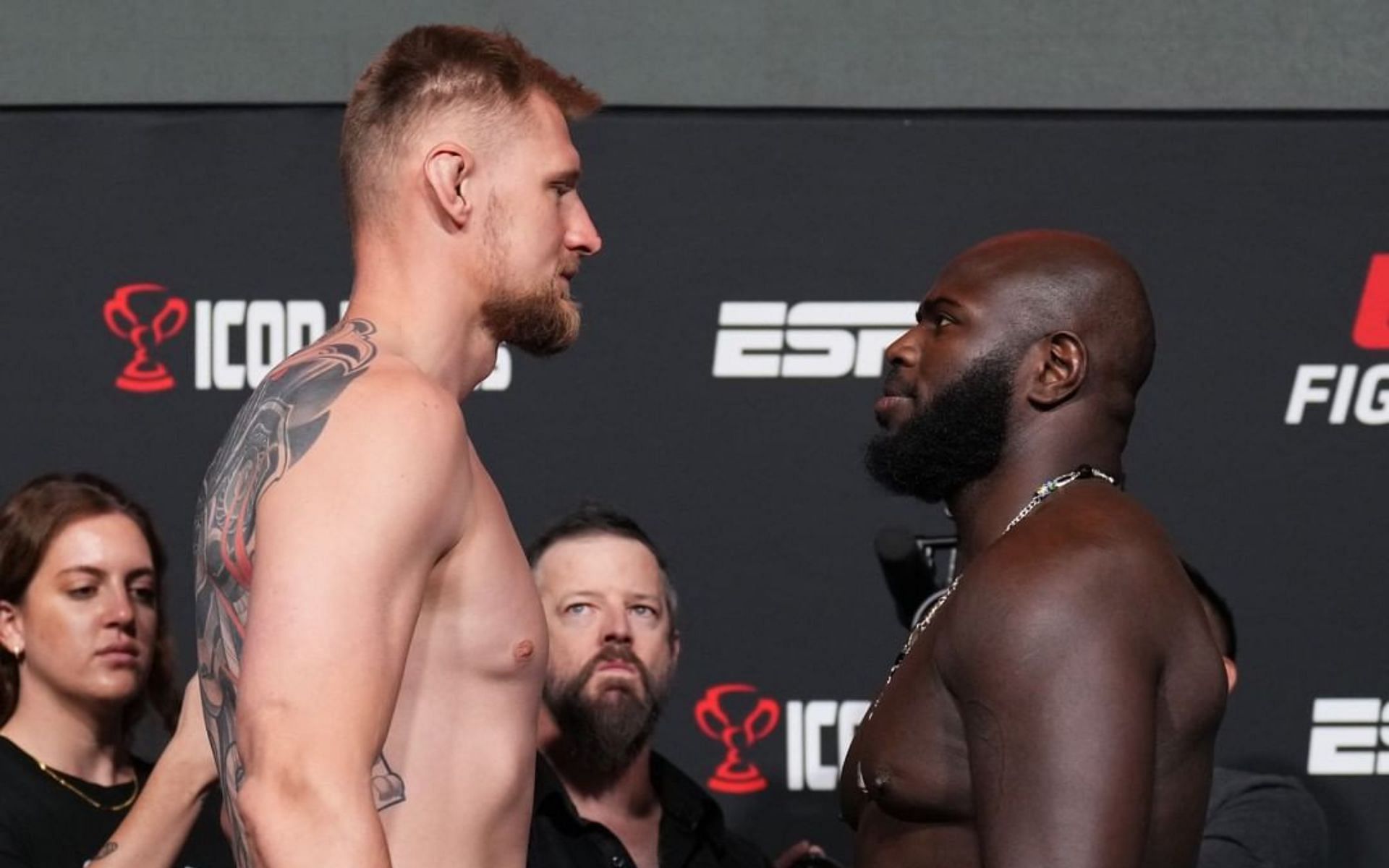 Alexander Volkov scored an impressive first-round TKO win over Jairzinho Rozenstruik in their heavyweight headliner. ‘Bigi Boy’ initially hurt the Russian with a heavy left hand and unloaded a barrage of punches, looking for a finish.

‘Drago’ survived by staying out of the range of Rozenstruik’s bombs using his massive height advantage. Volkov then landed a right hand down the pipe that hurt ‘Bigi Boy’ and a follow-up flurry that would send his opponent’s mouthpiece flying.

Referee Herb Dean stepped in at 02:12 of the opening frame, leading to protests from Rozenstruik about an early stoppage. Irrespective of differing opinions on the stoppage, the Surinamese did not appear to have fully recovered even after Dean stepped in.

The win over Rozenstruik saw ‘Drago’ bounce back from a first-round submission loss he suffered against Tom Aspinall in March. Volkov has gone back-and-forth in his last few outings, defeating notable opponents like Marcin Tybura and Alistair Overeem while falling to elite competition such as Ciryl Gane, Curtis Blaydes and Derrick Lewis.

Alexander Volkov def. Jairzinho Rozenstruik via TKO (02:12 of Round 1)

Lucas Almeida def. Michael Trizano via TKO (0:55 of Round 3)

Alonzo Menifield def. Askar Mozharov via TKO (4:40 of Round 1)