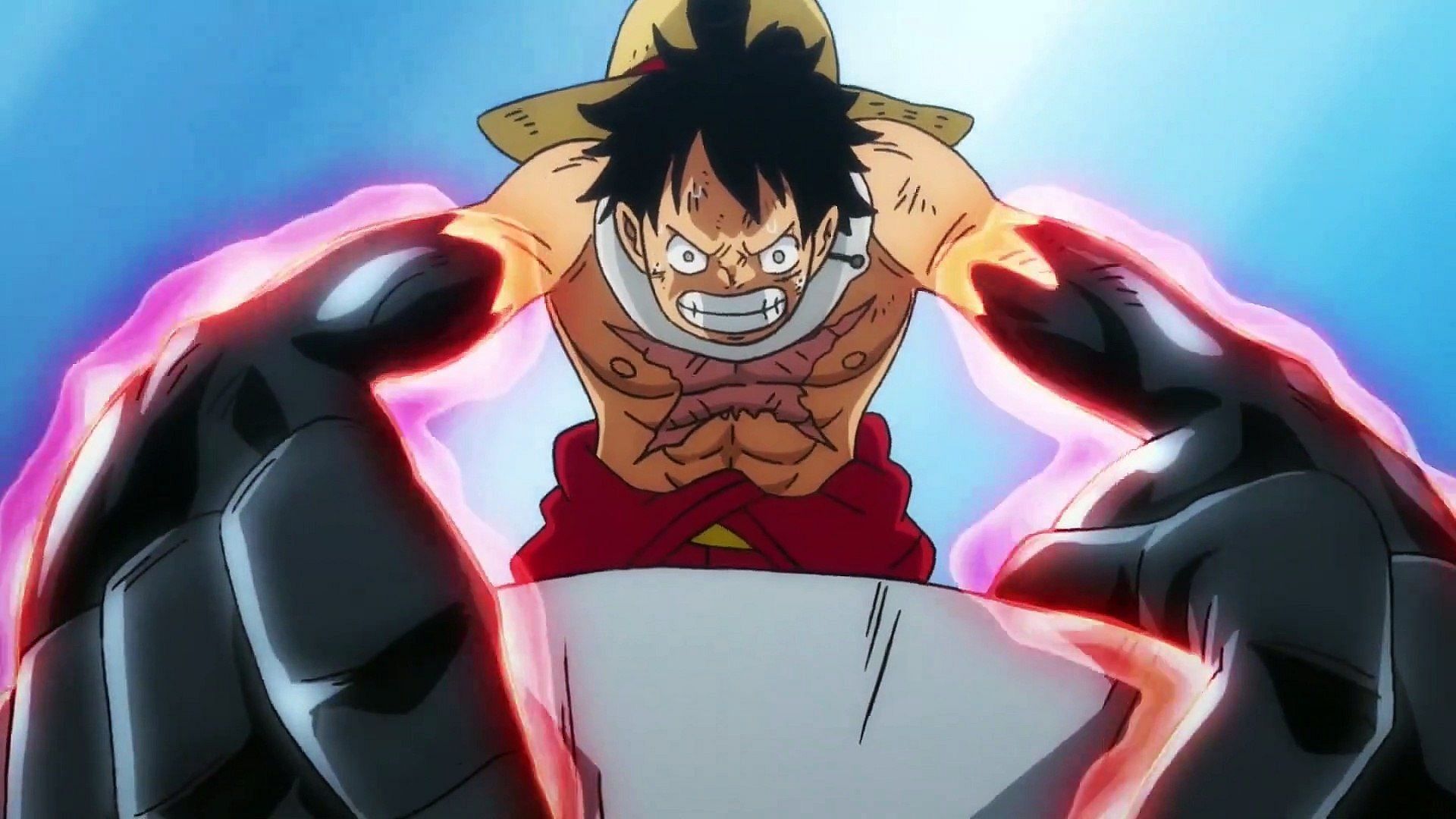 One of the most unique and creative aspects of One Piece is the implementation of Haki post-time-skip. The term Haki has many meanings, usually focused on will-power or ambition, essentially becoming a visualization of the said person’s will.

One Piece fans, however, have been confused on exactly why the use of Haki, specifically Armament Haki, will turn the objects or limbs imbued with it a blackish-purple color. While visually jarring upon first seeing it, author Eiichiro Oda has explained several times before why this phenomenon occurs.

Follow along as this article explains why Luffy’s hand turns black after using his Haki in One Piece.

According to Oda, haki is invisible but for viewers Oda did colour black so people can see it.😲😲 https://t.co/0HywNDE8NR

Haki has slowly become one of the most-praised aspects of post-time-skip One Piece. It gives many different characters an opportunity to rise in strength and relevance, mastering different forms of Haki as the series progresses.

Alongside this praise, however, have come many questions about Haki and its three subdivisions. These questions cover nearly every topic, from how Haki works and its origins to why it only appears in the post-time-skip series. There is one more question that seems to come up quite frequently, especially amongst new fans of the series.

Some fans question why Luffy’s limbs, and others, turn into the trademark blackish-purple hue of Armament Haki after using it. This applies to objects that are imbued with Haki throughout the series as well, turning a similar color as a result.

The answer is simple and likely far from what fans were expecting upon searching for an answer to the question. Series author Eiichiro Oda has said multiple times that Haki is colorless and invisible in the One Piece world, and that the color change is for fans so they can tell when Haki is being used.

@PirateHunter333 It was there, we just couldn’t see it and haki still is invisible, oda just draws it so readers/watchers can see it. It’s kinda like how the demon slayer breathing techniques are invisible but viewers see it

@PirateHunter333 It was there, we just couldn’t see it and haki still is invisible, oda just draws it so readers/watchers can see it. It’s kinda like how the demon slayer breathing techniques are invisible but viewers see it

This is similar to Kimetsu no Yaiba: Demon Slayer’s Breathing Styles, which also see patterns appearing on the blades of slayers who are using a Style. These can range from water, to fire, to even abstract concepts like sound and love. Author Koyoharu Gotouge has also said that these stylizations are invisible to characters and serve as essentially fanservice.

Demon Slayer fans were especially upset upon receiving similar comments from the author of their preferred series. This is likely due to how unique it made the series look, as well as how intricate and ornate these added effects are in the series. Unfortunately, the quality of their creation does not merit making them canon.

For some fans, this may be a disappointing answer, hoping that the series’ characters could also see the application effects of Armament Haki on enemies and objects. However, it is an unfortunate reality that has been documented several times via interviews, SBS pages, and more.

Fans can at least take solace that only one type of Haki is even made visible to fans, with Conqueror’s Haki and Observation Haki being signaled in different ways. However, Armament Haki’s color change is unfortunately meant for their viewing experience only.