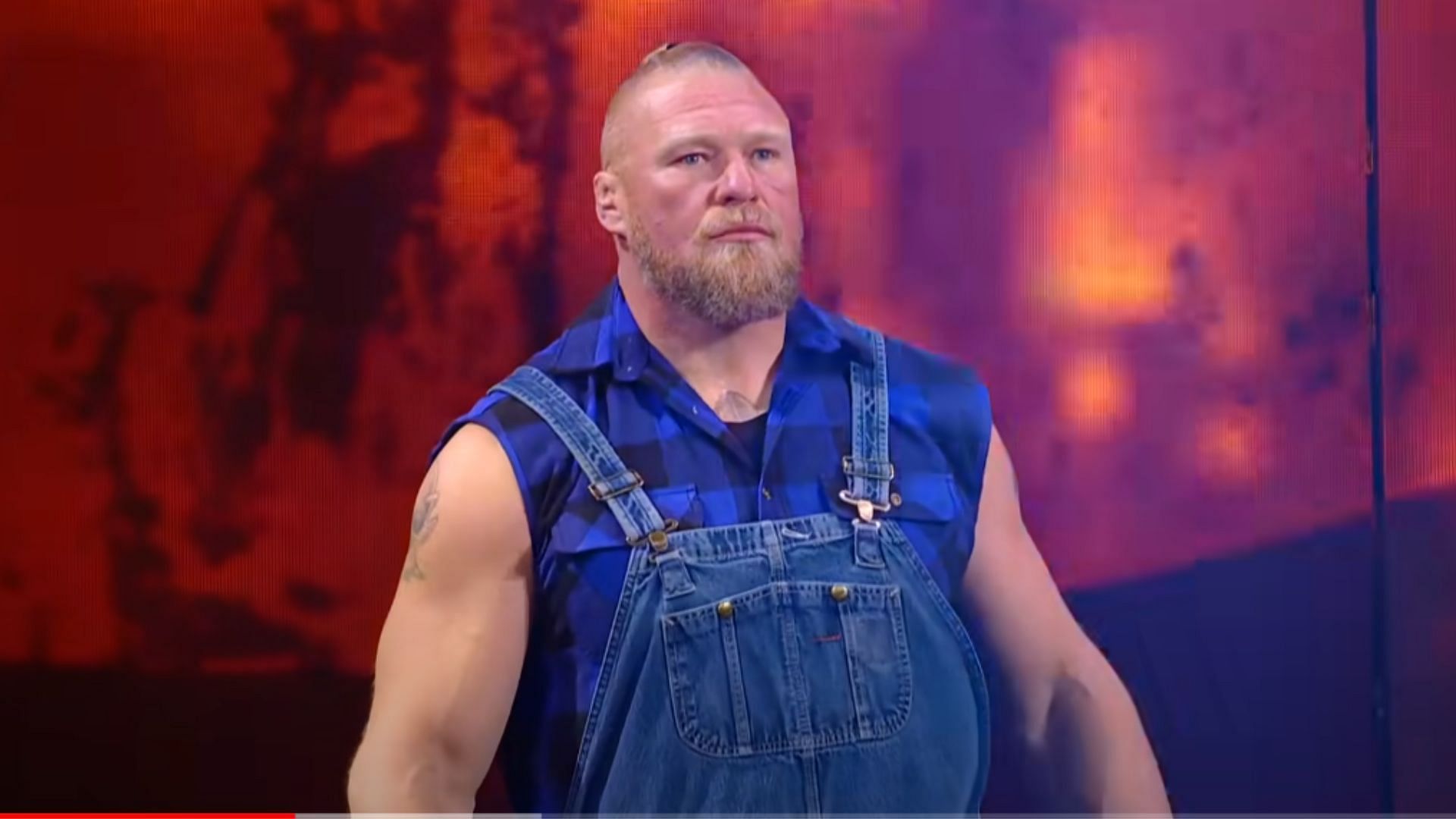 Kurt Angle has downplayed long-standing claims that he beat up Brock Lesnar during their days on the WWE SmackDown roster.

The former amateur wrestlers grappled in the ring before a WWE event in 2003. Over the last two decades, various stories have emerged about Angle dominating his WrestleMania 19 opponent in the shoot-wrestling contest.

Speaking on the “Two Man Power Trip of Wrestling” podcast, the WWE Hall of Famer confirmed he got the better of Lesnar that day. However, rumors about how much damage he inflicted upon The Beast Incarnate are false.

Angle famously won the freestyle wrestling gold medal at the 1996 Olympic Games despite competing with a broken neck. Lesnar also achieved success at amateur level, capturing the NCAA Division I Heavyweight Championship in 2000.

Why did Brock Lesnar and Kurt Angle legitimately wrestle?

Steve Lombardi, also known as The Brooklyn Brawler, worked as a WWE agent during Brock Lesnar and Kurt Angle’s time on SmackDown.

The friendly off-screen competition began when Angle found out how Lesnar responded to Lombardi’s question about the possible outcome if they wrestled.

“The Brooklyn Brawler went to Brock and said, ‘Hey, what do you think would happen if you and Kurt wrestled?’ and Brock said, ‘I would kick his a** because he’s too small,’” Angle said. “Brooklyn Brawler told me about it and I went up to Brock and I said, ‘If you can kick my a**, let’s get in the ring right now.’” [0:35-0:50]

According to Angle, Lesnar initially backed down from his challenge. The following week, the Olympic gold medallist watched from ringside as his rival “manhandled” seven-foot star The Big Show before a WWE event. Moments later, Angle stepped into the ring and Lesnar accepted his request to shoot-wrestle.

Please credit the “Two Man Power Trip of Wrestling” and give a H/T to Sportskeeda Wrestling for the transcription if you use quotes from this article.