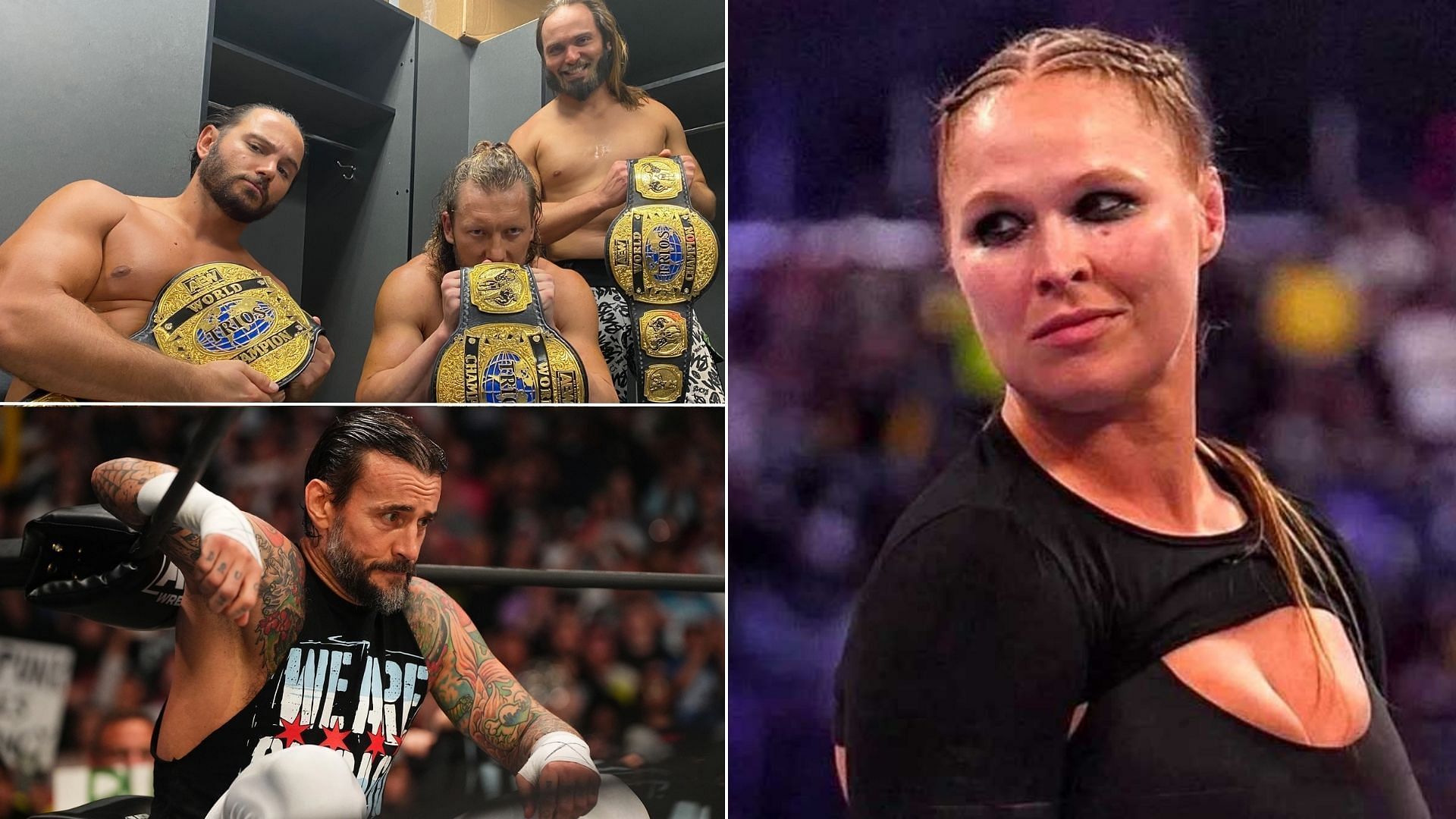 Ronda Rousey has questioned the legitimacy of the CM Punk-Elite altercation following AEW All Out.

Punk engaged in an incendiary rant towards The Elite’s Kenny Omega and The Young Bucks, Colt Cabana, and Hangman Page during the post-event media scrum.

Following that it’s been said that Omega and the Bucks confronted the former WWE star, which descended into a physical altercation. All involved were suspended pending an alleged investigation. The whole fiasco ended up with Omega, the Bucks, and CM Punk all stripped of their titles, despite having only just won them at All Out.

But WWE Superstar Ronda Rousey has questioned the legitimacy behind the ordeal, pondering whether it could have been a worked angle during a recent live stream.

“Was there a real fight? Everything is all hearsay. I don’t know what to say. I wasn’t there when it happened… I know I didn’t see it, but are you sure it’s not, you know, a work?” (H/T Wrestling Inc.)

Rousey has only recently returned from suspension herself, albeit in storyline, after laying hands on WWE officials in the wake of her SummerSlam loss to Liv Morgan. She will have a rematch against Morgan at the upcoming Extreme Rules, competing in a namesake match for the SmackDown Women’s Championship.

CM Punk may not return to AEW per recent reports

This past week not only saw Punk’s AEW title find a new home following its vacancy. But Chris Jericho captured another title Punk is familiar with, the ROH world title.

Interestingly enough, when it was mentioned who won the title previously, CM Punk found his name once more omitted from mention. The Cult of Personality has not been mentioned by the company following the events that transpired at All Out. This has led Wade Keller to speculate that he will not be making a return to AEW during the PWTorch Audio Show.

“I am not expecting CM Punk to wrestle in AEW again.

I’m not saying it’s 100 percent sure thing but everything is pointing in the direction of some sort of buyout of his contract.”

“I am not expecting CM Punk to wrestle in AEW again. I’m not saying it’s 100 percent sure thing but everything is pointing in the direction of some sort of buyout of his contract.”- Wade Keller(via PWTorch) https://t.co/xGDLU5yy84

While Keller admitted that he’s not making a ‘100% sure thing’ statement, everything has been pointing towards ‘some sort of buyout of his contract’. It has been speculated more and more since the altercation that the Straight Edge Superstar may have come to end of the line with AEW. Only time will tell as details remain scarce on the matter.

What do you think? Was the altercation real or could it have been a work? Discuss your thoughts in the comments below.