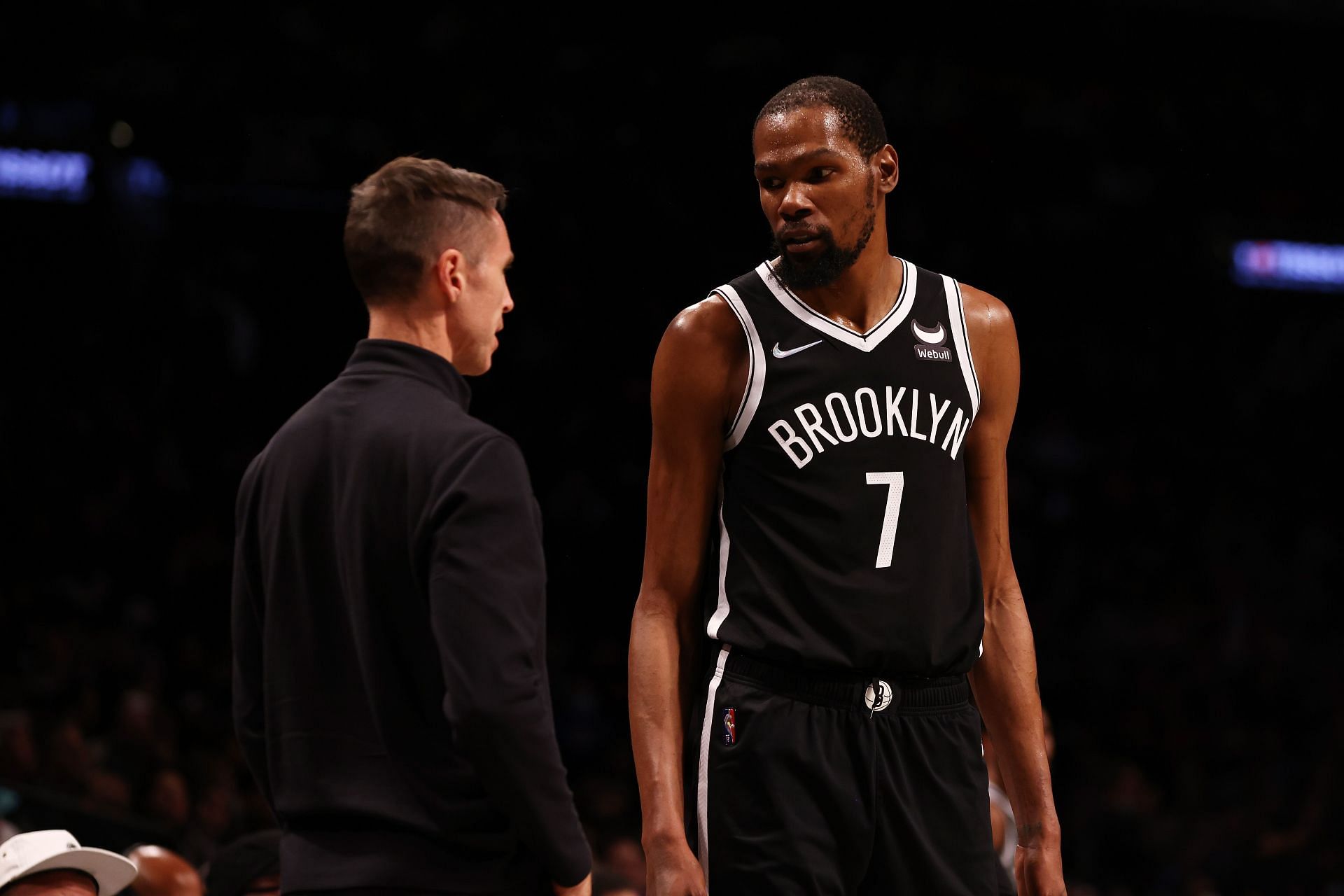 Kevin Durant requested a trade from the Brooklyn Nets, and it doesn’t appear he’s changed his mind. However, he is willing to stay on the roster if the Nets remove their general manager and their head coach.

Sean Marks has done some good work in Brooklyn, and Steve Nash has been a decent coach. However, Durant is not a big fan of either.

Keyshawn Johnson recently appeared on ESPN’s “First Take” and said that the two-time NBA champion doesn’t want to play for Nash anymore. He also said the organization has to do what’s best for it.

“You got to take the emotion out of it as an owner and as a front office executive and look at what’s the best situation that you can be given,” Johnson said. “You know damn well that Kevin Durant doesn’t want to play for Steve Nash.”

The solution is easier said than done. Kevin Durant is one of the best players in the league, so the Nets are stuck in a weird position.

Sean Marks has made several moves to make Kevin Durant happy in Brooklyn. However, the 12-time All-Star wants to leave the team after playing for them for only two seasons.

It is generally believed that Durant wanted the Nets to hire Steve Nash in the first place. When Brooklyn hired Nash in 2020, the superstar forward praised the decision, saying he looked forward to playing for the former MVP.

However, things have changed, and Durant made an unusual request in the last meeting with Joe Tsai, the team’s owner. He wants Tsai to pick either him or Marks and Nash.

According to reports, the superstar is unhappy with the team’s direction. Will Tsai give in and make drastic changes to make Durant happy? It seems unlikely but isn’t impossible.

The Brooklyn Nets have already given much to Durant. However, he is ready to leave the team. Giving in to his demands is unlikely to change the situation, and Tsai is aware of that.

Our front office and coaching staff have my support. We will make decisions in the best interest of the Brooklyn Nets.

Our front office and coaching staff have my support. We will make decisions in the best interest of the Brooklyn Nets.

Kyrie Irving and Durant have caused multiple problems for the Nets over the past few months. They were swept in the first round by the Boston Celtics.

If they played winning basketball, Joe Tsai would probably give them everything they wanted. However, the results are not good enough to warrant significant organizational changes.